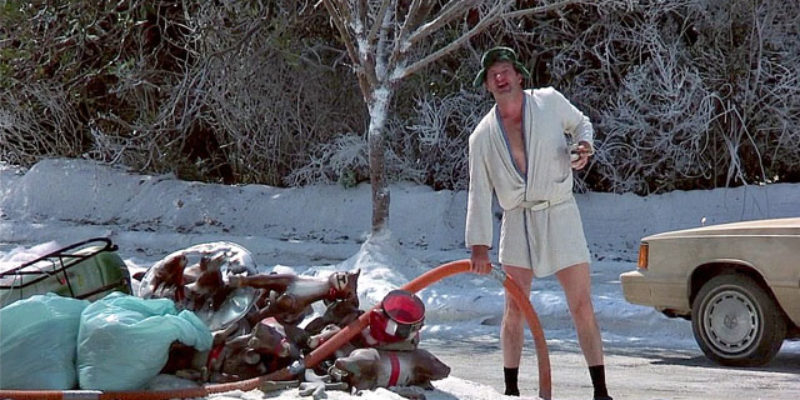 We really couldn’t make up a story which would better define the campaign which is likely to win the presidential race than this one does. From CBS 46 in Atlanta…

What do we have here?

First, we have the Cousin Eddie nature of the Clinton campaign and the DNC, and the naked stupidity of most of their messaging – not to mention the completely cavalier attitude toward neighbors and surroundings. None of the Clinton crowd even thinks about the ramifications of the dishonest and corrupt things they do. It’s very much analogous to the campaign bus pulling to the side of the road and opening up the chemical toilet to dump out excrement in a storm drain.

We have the blatant illegality of the campaign.

We have the arrogance of thinking they’re above reproach no matter how obnoxious they might be.

You could probably go on spewing the reasons why the video above is a spot-on symbol for the Clinton campaign. The unfortunate thing is you’d be just as right in noting how it describes the coming Clinton presidency as well. We’re all about to be crapped on.

UPDATE: Not to mention, we have the blatant lie to cover up the foul-smelling defecation…

“This was an honest mistake and we apologize to the Lawrenceville community for any harm we may have caused. We were unaware of any possible violations and have already taken corrective action with the charter bus company to prevent this from happening again. Furthermore, the DNC will work with the Georgia Department of Natural Resources, as well as local and state officials to determine the best course of corrective action.”