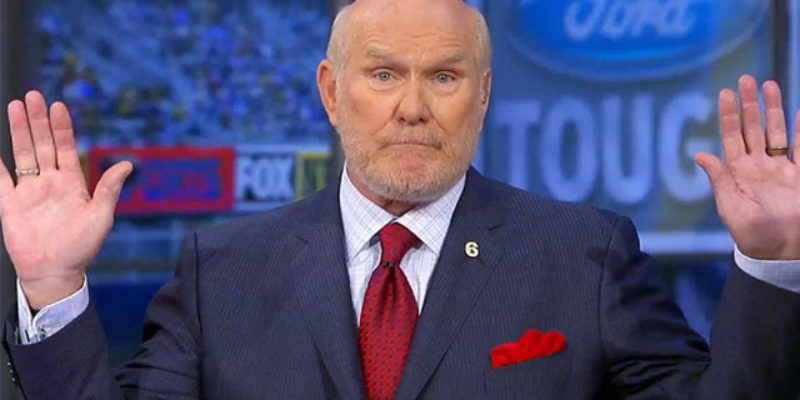 I don’t know why I thought of this, and it probably has all the makings of a stupid post. But sitting here waiting on the presidential debate I had it pop into my head and I figured what the hell. People have been reading dopey articles like this from Jim Engster for three decades; I might as well do one.

It occurs to me that we’re in the middle of something exceedingly rare – a presidential election cycle which coincides with LSU searching for a football coach. This hasn’t happened since perhaps 1916, and without knowing the circumstances in which Wayne Sutton was hired to replace Dana X. Bible we’re going to assume that hire was made well after Woodrow Wilson won re-election.

Les Miles was indeed hired to replace Nick Saban after the 2004 season, during which George W. Bush was re-elected, but Saban didn’t agree to take the Miami Dolphins job until Christmas Day, some six weeks after Election Day – so that search wasn’t underway in the middle of campaign season.

It doesn’t particularly mean anything, although around here we do have a fairly enhanced sense of trying to pick people for some awfully important jobs. We’re hiring an LSU football coach as well as a president and a senator, not to mention a couple of congressmen and even a new mayor in Baton Rouge. Won’t have Barack Obama, David Vitter, Les Miles, Kip Holden and maybe John Fleming and Charles Boustany to kick around anymore (depending on whether each of the latter don’t win the Senate election).

That’s a lot of turnover. Most people might say it’s a good thing.

And, as someone who writes a lot about politics and a little about LSU football, I’ve discovered you might be able to use a football coaching analogy to understand the presidential and senate race. At least from the standpoint of experience.

Folks become very enamored with the idea of electing somebody to office who’s “not a politician.” They like the idea of electing a businessman; somebody who can “get things done.” But politics – and this may or may not be a good thing, but in the age we inhabit it’s the truth – is an industry in and of itself. Politics doesn’t work like a business, if for no other reason than that in business you can pick out a segment of the marketplace and tailor your product or service to that segment alone and make a fortune if you do it right, while in politics that makes you a fringe candidate; you have to market your policies and messaging to better than half the electorate if you’re going to survive.

And therefore, somebody who runs for office with no experience is a little like somebody who wants to get into coaching but who’s never been a coach before.

Some of those people can do quite well – both in coaching and in politics. Everybody starts somewhere. But the ones who tend to make a very rapid rise in football coaching are usually former players – that experience allows them to gain some knowledge, to have some credibility with the team and the supporters, etc. A good example is Jim Harbaugh – he rose rapidly from a long career as an NFL quarterback to one full-time year coaching with his father at Western Kentucky, then two years as the quarterbacks coach with the Oakland Raiders and then a three-year stint as the head coach at the University of San Diego before breaking in as a big-time head coach at Stanford. Without that playing experience he would never have risen that fast.

What’s the analogy to football playing experience in politics? Probably being a big-time donor to PAC’s and candidates. That’s likely the only way you’d see enough of politics behind the scenes to have enough expertise to get the voters to hire you. Without that, you’re probably just some guy off the street who’s the same thing as a fan who puts in a resume wanting to be a coach at a big-time college program; you’re unlikely to even get an interview.

Donald Trump, as it happens, is a big-time player on both sides of this analogy. He gave a fortune over the years to political causes, some good and some bad. And furthermore he’s a former player with a ton of TV experience. If you’re LSU and you’re hiring a football coach, Trump would be like a Ryan Clark, Booger McFarland or Marcus Spears, all three of whom are currently doing studio work for the cable sports networks. Or maybe, since he’s older, he might be more like a Terry Bradshaw. And to boot, Bradshaw has said a number of things which, while certainly entertaining, give one reason to believe he’s a little bit goofy to be trusted with the LSU job.

Could any of those guys make it as LSU’s head coach? Possibly. Do we have any way of knowing? Nope. That’s pretty much what Trump offers us – he’s a complete wild card and hiring him feels like desperation. Which – hey, that might be totally appropriate given the state of the country.

So what does that make Hillary Clinton? Well, if you make the analogy to LSU hiring a football coach, the elements are these.

Her most prominent claim to fame is she was First Lady, so it’s a family connection to a former coach who had some success.

She was Secretary of State, which you can’t analogize to a head coaching job; it’s an appointed position rather than an elected one. That’s a bit like being a coordinator. Let’s say she’s a bit like a defensive coordinator, since her work at Secretary of State is largely aimed at defending Americans from getting killed by other countries. In that respect we might have to say she wasn’t all that good a defensive coordinator. As in, her run defense was last in the league for four years before she quit amid a “medical issue” and an NCAA investigation.

Prior to that she was a Senator, and that’s an elected position we can analogize to a head coaching job. And given her record in the Senate we can probably say Hillary was, at best, a .500 coach at some prominent school up East.

You know what that sounds a little like? A Tommy Bowden. Hillary is Tommy Bowden. Or, if you’d rather, Mark or Mike Stoops. If you want to be charitable you could maybe even say she’s Lane Kiffin – though Hillary’s never had the kind of success Kiffin’s having as Alabama’s offensive coordinator.

And if LSU’s head coaching candidates came down to a Terry Bradshaw vs. Tommy Bowden, you’d conclude that the next four years are going to suck.

There are others out there, of course. There’s this former head coach at New Mexico who has a reputation for an interesting passing game but who acts like it’s a sin to even play defense, there’s another guy who was a tight ends coach from Utah (the political people with rather minor unelected positions, like congressional staffers, are a bit like position coaches), and there’s some lady who was the equipment manager at Massachusetts who keeps applying for the job. But let’s face it, none of those are going to be hired.

We can play this game with the Senate race, too. If we do, we’ve got – among the five major candidates in the race – four head coaches and a former player.

I’m not quite sure who to analogize Caroline Fayard to. She’s like the former player who had a decent career but keeps demanding to get a prominent coaching job without proving himself in a smaller role. Even Mary Landrieu, who has endorsed Fayard and who it appears Fayard wants to emulate, started out by running for the state legislature. Fayard jumped right in as a candidate for Lt. Governor and lost, and now she’s after a Senate seat she looks like a longshot for. If you want, you can put Rob Maness in this same category.

Foster Campbell qualifies as a head coach, but at a small program. The Public Service Commission does some important things, but let’s face it – almost everything they do is in the political weeds. It’s rare that the public pays a lot of attention to the PSC – so Campbell as a Senate candidate is a little like the coach at Grambling or Northwestern State applying for the LSU job. Hiring a guy like that would have to feel like you’ve failed – particularly when he’s got a “colorful” personal history and runs schemes that were popular back when Huey Long was around. He’s a guy who’s talking about putting his team in leather helmets and giving them salt tablets during two-a-days. Are you sure this is a good idea?

Then there’s John Kennedy, who’s got a prominent job and he’s well-liked, though the Louisiana Treasurer doesn’t do an enormous amount to affect policy. It’s a bit like being the head coach at a program which dominates a mid-major league – like for example, a Southern Miss or a Western Kentucky or Boise State. Or perhaps Western Michigan, which is running away with the Mid-American Conference this year and whose coach P.J. Fleck is making himself a candidate for larger coaching jobs. Unlike Fleck, though, Kennedy has been around for a while.

John Fleming is a congressman, which we’d say is a pretty high-profile job. If you’re in congress you’re coaching at a Power Five school, or at least in the American Athletic Conference. But as a member of Congress who isn’t in the leadership, it’s tough to stand out. And while Fleming is a guy who seems to understand the X’s and O’s of policy fairly well, as a Freedom Caucus guy he can’t claim to have a lot to work with. That’s a little like being the coach at a school with limited resources. He’s a Dan Mullen at Mississippi State, David Cutcliffe at Duke, or Kliff Kingsbury at Texas Tech, maybe a Mike Leach at Washington State – or perhaps Pat Fitzgerald at Northwestern. Those guys have won some, and you can look at what they’re doing with some interest, but you’re projecting a bit to say that their current success where they are will translate into championships at LSU. One of them might be fantastic, though.

Charles Boustany, also a congressman, has a little more seniority and a little more of a high-profile role – and therefore you’re looking for a higher standard of achievement to show he’d win big for you. He’s perhaps a James Franklin at Penn State, or Larry Fedora at North Carolina, or depending on your opinion of his job performance he could be a Brian Kelly at Notre Dame, David Shaw at Stanford or maybe even a Jimbo Fisher at Florida State. Of course, depending on what you might think of those Murder In The Bayou allegations Boustany might be Bobby Petrino at Louisville, Hugh Freeze at Ole Miss or Art Briles, formerly of Baylor.

Nobody really analogizes to Tom Herman, the coach at Houston LSU fans seem to want to hire most. For a while, when Kennedy was far ahead of the Senate race he made some sense as Herman. It doesn’t seem like he’s that anymore.

And there certainly isn’t a Tom Herman in the presidential race.

Which is too bad – because the country isn’t in the same shape as LSU’s football program is right now. The country isn’t replacing Les Miles. It’s replacing Curley Hallman. We need somebody good, and we’re unlikely to get it.