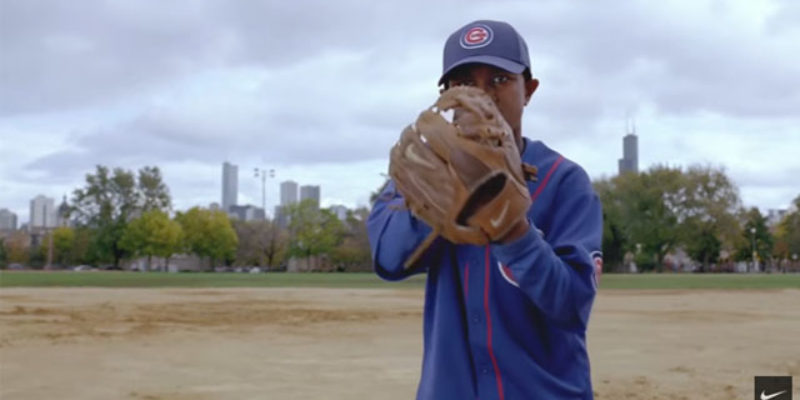 We love this. It’s a tribute to the end of the longest championship drought in pro sports, which took place last night – the Chicago Cubs took Game 7 of the World Series over the Cleveland Indians in 10 innings, and the wait was made even longer by a rain delay following the 9th.

The ad isn’t bombastic, and it doesn’t overpower. It’s a paean to hope – the kind of hope a kid with big dreams carries with him to the neighborhood sandlot.

Last night that hope, which had gone unrequited for 108 years on Chicago’s north side, was finally delivered.

Sure, Nike’s using that event to sell sneakers. But this ad is likely to be adopted by Cubs fans anyway. It’s as close to perfect as we’ll ever want to see.

One thing we’d like to add: the Cubs became a World Series champion in large measure due to the efforts of general manager Theo Epstein, who before he took his current job had broken a similar championship drought as the GM of the Boston Red Sox. And if Donald Trump doesn’t win the election on Tuesday, somebody should probably approach Epstein about becoming chairman of the Republican National Committee.