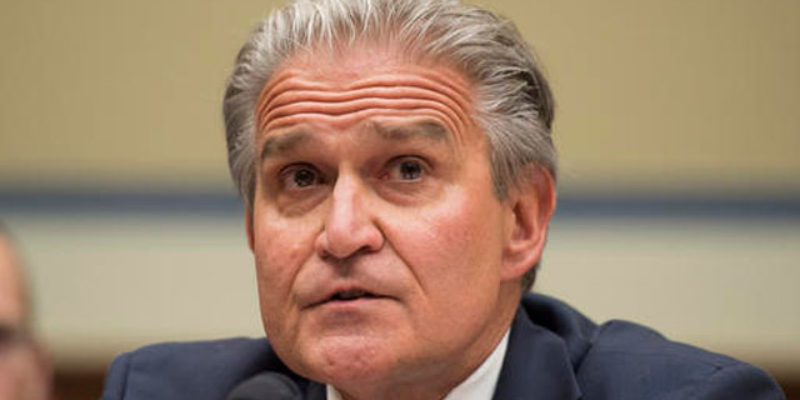 …to John Podesta and the Clinton machine.

In case you missed it, here’s the link to yesterday’s piece.

Courtesy of Wikileaks, here is Kadzik giving Podesta a heads-up back in May of 2015 about a hearing of the House Committee on governmental oversight (that’s Jason Chaffetz’ committee) at which Hillary’s e-mails would be discussed…

And this is the Justice Department official who’s supposed to oversee the investigation into the 650,000 e-mails found on Anthony Weiner’s computer than FBI director James Comey says are “pertinent to the investigation?”

There are lots of interesting developments with respect to the case Kadzik is likely to be square in the middle of.

On Monday, Paul Sperry had a piece in the New York Post about Huma Abedin’s Yahoo! account, which it appears was the source of many of those 650,000 e-mails. It appears Abedin made a practice of forwarding items of correspondence between herself and Hillary, as well as other members of the Clinton machine, from her state.gov account to the Yahoo! account, and potentially including classified documents…

FBI agents in April confronted Huma Abedin with an email she received in 2010 warning her that her Yahoo email account — where she’d “routinely” stored State Department messages, including ones containing classified information — might have been compromised. The revelation is contained in a summary of the FBI’s interview with Abedin, conducted on April 5.

Abedin told agents “she was not sure that her email account had ever been compromised,” according to notes of the interview, conducted as part of the FBI’s investigation of former Secretary of State Hillary Clinton’s unsecured and unauthorized home email server. Abedin served as Clinton’s deputy chief of staff and is currently vice chair of her presidential campaign.

The answer wasn’t comforting to agents who feared classified government material had been hacked. Yahoo is notoriously vulnerable to hacking. In 2014, for example, a half-billion Yahoo accounts had been hacked by an unidentified “state-sponsored actor” in the biggest data breach in history.

Worries mounted this month when investigators found 650,000 emails on a laptop Abedin shared with her former-congressman husband, Anthony Weiner, a suspect in an interstate child pornography case. Reportedly, many of the messages were from Abedin’s hu[email protected] and other accounts.

Investigators believe thousands of those messages were sent to or from the private server that Clinton used for State business, and are reviewing them to see if they contain classified information.

Abedin said that she had trouble printing e-mails from the printer at her office at the State Department, so she liked to forward the e-mails to her Yahoo! or clintonemail.com addresses and print them at home. How that’s not a recipe for an indictment for mishandling classified information is a good question.

And a little more from Sperry’s piece…

Before she had divulged that information, agents had confronted Abedin with several sensitive government emails she forwarded to her personal accounts, including one dealing with Pakistan.

It doesn’t appear as if the FBI ever even followed up on the revelation. The bureau never seized her massive personal stockpile of State emails until last weekend — and only after New York agents investigating Weiner informed headquarters of their coincidental discovery.

Weiner didn’t have the security clearance to have access to such potentially classified information.

Nor did more than a dozen other people who came into contact with the Clinton email archive, which contained at least 2,093 currently classified emails and at least 193 that were classified at the time they were sent.

Before reviewing the new stash of emails, the FBI in its initial investigation found that at least 32 classified email chains transited both Clinton’s and Abedin’s personal accounts. One was classified Top Secret/SCI, while nine were classified as Secret when sent.

Abedin got a Top Secret clearance in 2009. It’s a felony for persons trusted with such security clearance to remove classified information from government control and send and store it on an unauthorized computer system.

It’s also a felony to provide classified material to anybody without proper clearance.

Let’s understand that Russia plays zero part in the Weiner/Abedin/FBI reinvestigation of the Clinton e-mail business. None. This despite it being the Democrat Party’s company line that somehow Hillary’s political troubles come courtesy of Trump campaign/House Republicans/Putin collusion. Frankly, what it’s beginning to look like is if there is a connection between Wikileaks and the Clinton e-mail scandal, it probably comes courtesy of American intelligence and law enforcement leaks to Wikileaks rather than that of Russian intelligence.

And it turns out that the Russians don’t appear to have as many ties to the Trump campaign as advertised. Trump has some campaign advisors, and a former campaign manager, who look pretty cozy with the Russians. But let’s face it – Trump didn’t give Putin one fifth of America’s uranium to make nukes with, did he? Somebody else did that.

Why would we say that? Well, there’s an interview that Joe DiGenova did with Breitbart’s Lee Stranahan Sunday…

The picture painted by DiGenova, based on what he says are discussions with current and former FBI agents, is one of “seething” rage inside the Bureau at the way Comey handled the investigation concerning Hillary Clinton’s private email server. Mr. DiGenova eviscerated the way Comey conducted his investigation and explained that he believes it has tarnished the FBI director’s reputation permanently, telling Breitbart News:

The original so-called ‘investigation’ was not an investigation. It was not thorough. It was not professional. As far as we know there was no grand jury, which an ordinary investigation would have. There were no grand jury subpoenas, there were no search warrants. Immunities were given out like candy. Attorneys were allowed to represent multiple witnesses and defendants which is completely inconsistent with federal policy and ethical standards. The list is endless.

The original investigation was not intended to be a real investigation. Comey decided — for political reasons– that he wanted to exonerate Hillary Clinton and the only answer to why he wanted to do that was because he didn’t want to be responsible for recommending the prosecution of the first female nominee of a major political party for President of the United States.

They followed none of the protocols that they ordinarily would have attained in such a prosecution. And the proof that that is the case is the letter that he sent to Congress, in which he announced that he was basically reopening the case because they had newly discovered evidence which was evidence on the laptop shared by Huma Abedin and her husband Anthony Weiner. If the original investigation had been conducted properly they would have known about that laptop, and they would have known about the tens of thousands of emails that related to the earlier investigation.

It is inconceivable to me that they did not learn about that other device, given the fact that Huma Abedin was interviewed, she allegedly gave up certain devices — but apparently not this one.

It’s no wonder that people who I have spoken to inside the Bureau and outside the Bureau view Comey as a dirty cop because they believe he has brought disrepute on the agency. The letter he sent just shows how bad the first investigation was.

That is generally the thought certainly among former Bureau people, and it is certainly among the field agents and among the people in that building in Washington. There just is no doubt that the manner in which he has conducted himself has really, really sent a shiver through that building. And had it not been for that letter that he sent the other day, that he would be probably be facing a joint-Congressional resolution of no confidence in his leadership of the Bureau.

And here’s one more thing DiGenova said – about Comey’s Friday letter to Congress – which, among others he said in the interview (go and read the whole thing), is relevant here…

James Comey’s decision to revive the investigation of Hillary Clinton’s email server and her handling of classified material came after he could no longer resist mounting pressure by mutinous agents in the FBI, including some of his top deputies, according to a source close to the embattled FBI director.

‘The atmosphere at the FBI has been toxic ever since Jim announced last July that he wouldn’t recommend an indictment against Hillary,’ said the source, a close friend who has known Comey for nearly two decades, shares family outings with him, and accompanies him to Catholic mass every week.

‘Some people, including department heads, stopped talking to Jim, and even ignored his greetings when they passed him in the hall,’ said the source. ‘They felt that he betrayed them and brought disgrace on the bureau by letting Hillary off with a slap on the wrist.’

According to the source, Comey fretted over the problem for months and discussed it at great length with his wife, Patrice.

He told his wife that he was depressed by the stack of resignation letters piling up on his desk from disaffected agents. The letters reminded him every day that morale in the FBI had hit rock bottom.

‘He’s been ignoring the resignation letters in the hope that he could find a way of remedying the situation,’ said the source.

‘When new emails that appeared to be related to Hillary’s personal email server turned up in a computer used [her close aide] Huma Abedin and [Abedin’s disgraced husband,] Anthony Weiner, Comey jumped at the excuse to reopen the investigation.

‘The people he trusts the most have been the angriest at him,’ the source continued. ‘And that includes his wife, Pat. She kept urging him to admit that he had been wrong when he refused to press charges against the former secretary of state.

Klein says Comey was put in a vise as a result of the July decision – particularly where it comes to something the Democrats, and Harry Reid in particular, have trotted out – Comey’s supposed violation of the Hatch Act…

But Comey’s decision to reopen the case was more than an effort to heal the wound he inflicted on the FBI.

He was also worried that after the presidential election, Republicans in Congress would mount a probe of how he had granted Hillary political favoritism.

A couple of weeks ago, based on some other interesting bits of disclosure which were being bandied about, we posed the question what would happen if a president was elected who was too damaged to govern. That question seems more and more pertinent should Hillary hold on to win.