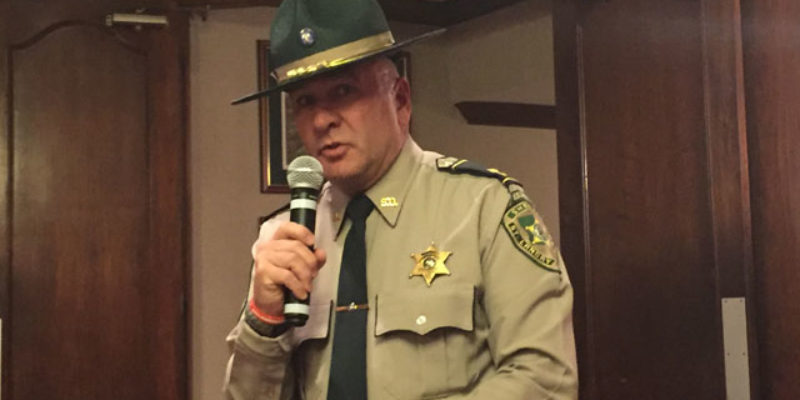 An interesting choice, inasmuch as it might inform Higgins’ ideological leanings – which, without any sort of political record and a 2016 campaign fought with Scott Angelle over anything but the issues, we still don’t know much about…

Facchiano has most recently served as legislative director and general counsel for U.S. Sen. Rand Paul, R-Kentucky. In that position she advised Rand on legislation, helped develop policy positions and legislative initiatives and monitored and supervised legislative staff members.

“We were looking for someone with a strong background in drafting legislation, dealing with the process and who has Capitol Hill experience,” said Chris Comeaux, Clay Higgins’ campaign adviser and spokesman. “She is a good complement to Clay.”

Comeaux said Higgins interviewed “about five applicants” for the position before hiring Facchiano.

Facchiano has both practiced law in Washington, D.C., and served as a legislative staff member for U.S. Rep. and later U.S. Sen. John Boozman, R-Arkansas, and for J. Randy Forbes, R-Virginia. Her mother still lives in the Lafayette area, Comeaux said.

Boozman isn’t talked about a lot as an outspoken constitutional conservative the way Paul is, but he’s got a lifetime American Conservative Union rating of 90 percent. To the extent Facchiano is going to drive Higgins’ votes on policy, it would appear she’ll make him a bit more conservative than his predecessor Charles Boustany (ACU lifetime rating: 84 percent) has been.

Interested in more news from Louisiana? We've got you covered! See More Louisiana News
Previous Article The Louisiana GOP Just Trashed Gov. Edwards On His Flood-Recovery Performance
Next Article In Case You Think Taking A Trip To Cuba Might Be A Fun Idea, Here’s A Dose Of Reality For You