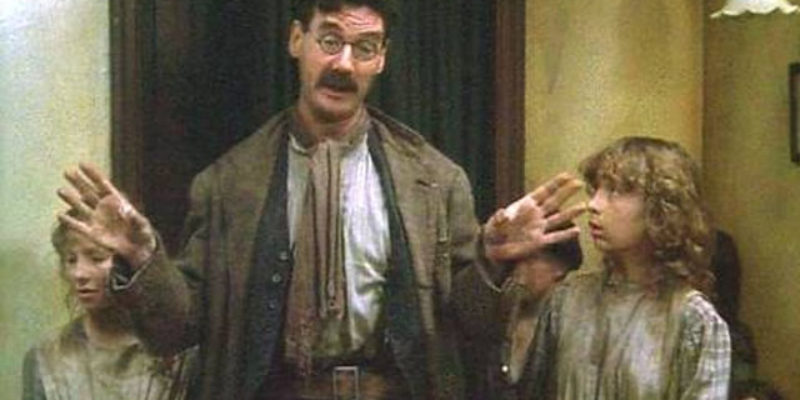 …and is dumping all its employees out into the streets.

The Clinton Foundation announced it’s laying off 22 staffers on the Clinton Global Initiative, keeping with a plan to deal with the negative spotlight put on the organization during former Secretary of State Hillary Clinton’s presidential campaign.

The layoffs will take effect April 15, the Clinton Foundation said in a filing with the New York Department of Labor Thursday, citing the discontinuation of the Clinton Global Initiative. The move is part of a plan put in motion ahead of the presidential election in order to offset a storm of criticism regarding pay-to-play allegations during Clinton’s tenure as secretary of state.

The Clinton Foundation itself hasn’t gone away…yet. But the Clinton Global Initiative was the high-profile “charity” which insinuated Bill and Hillary into international affairs and reeled in big donations from the Saudis and other foreign donors.

It was probably going to go away after the election even if Hillary had won – they’d have just moved the whole thing into the State Department and had the U.S. taxpayer picking up the tab for those salaries. Given that she lost, nobody is donating any money to the Clintons anymore.

Because after all, this was always a pay-for-play scam. Nobody really thought that the Clintons would be the best conduit to help Haitian earthquake victims, for example; giving money to them is about buying influence with a future president. Plain and simple.

Jazz Shaw at Hot Air nails this down…

It’s worth asking ourselves why any elements of the foundation are closing up now, of all times. Think about it for a moment. The major reason that the group was seen as problematic was that it could complicate things for President Hillary once she was in office, right? You wouldn’t want the appearance of any conflicts of interest, what with all the money from foreign governments and shady figures that was flowing in and out the doors. (Norway had been donating $2.8M per year recently for reasons unknown.) And all the while, the Clintons were busy denying there was any sort of quid pro quo going on, insisting that the foundation was just a mechanism to help good people do good things to improve the world.

But now the election is well and truly over and the Clintons are free to pursue any interests they desire without the worry of questions of influence. (Well.. at least until Chelsea runs for office anyway.) If the overall Clinton Foundation is exactly as they’ve described it, why shutter any aspects of it now? CGI was originally formed by Bill Clinton and Doug Band, at least in part, to deal with the challenges of global interdependence. Are those challenges not still with us? Struggling people remain in need of help around the world. And don’t all of those generous philanthropists still clamor to give their money to a good cause?

Apparently not. If nothing else, these developments are indicators of precisely what many suspected all along. The Clintons were, no doubt, doing some good work through their foundation, but it was also a convenient magnet attracting massive amounts of cash and influence. And the people lining up to empty their coffers into the Clintons’ hands could have sent their donations anywhere, but they chose the Clinton Foundation because it put them on good terms with a powerful American dynasty which was widely expected to take back the White House. Once Hillary Clinton’s future plans for power had fallen to ruin, the enthusiasm for giving seems to have begun to wane almost immediately.

Why are we reminded of this?

Interested in more national news? We've got you covered! See More National News
Previous Article Cedric Richmond Is Going To Have Start Kicking Ass Because The Anti-Cop Painting Is Coming Down At The Capitol
Next Article PRAGER U: The Paris Climate Agreement Won’t Change the Climate