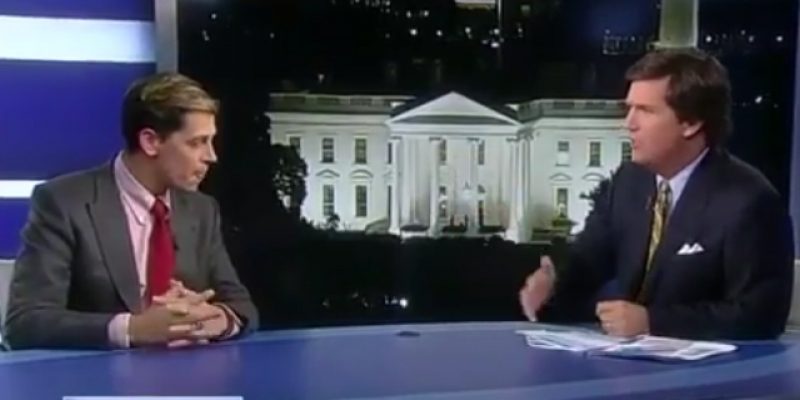 This is actually a very interesting conversation, even if you don’t particularly subscribe to the views Yiannopoulos holds – because Carlson isn’t particularly interested in qualifying him as a mainstream political commentator. Yiannopoulos says he is one, and for the most part he’s probably correct, if you accept his stipulation that what makes him such a lightning rod isn’t the positions he takes but the flamboyant manner in which he expresses them. Carlson doesn’t challenge that, because what he finds noteworthy is the complete lack of regard for Yiannopoulos’ free speech rights by people, particularly at universities where the promotion and preservation of free expression is literally a purpose of existence, who are seeking to deny him a platform.

And of course most recently this happened at Berkeley, where a mob of spoiled children became violent and created a security threat which required Yiannopoulos’ evacuation and the cancellation of his talk on campus. He tells the story of the police failing to disperse the mob or make arrests despite destruction of property and physical violence causing injury to bystanders and his own harrowing evacuation, and then the discussion of free speech being violated in systematic fashion by the Left begins.

The ironic, if completely predictable, bit of all this is Milo Yiannopoulos is a much larger cultural figure now than he was earlier in the week, due almost solely to the misbehavior of the morons in that mob. He has gone from a somewhat obnoxious though often entertaining provocateur to a legitimate avatar of the First Amendment, which would in a different context make him a bona fide hero of the American Left which hates him so intensely, and with a new book coming out his star will only rise.

And he does himself justice in the interview with Carlson. It’s worth 15 minutes of your time.

Interested in more national news? We've got you covered! See More National News
Previous Article In January, Someone Was Shot In New Orleans Every 10 Hours
Next Article BAYHAM: Turns Out Who-Dats Have Lots To Cheer For This Weekend