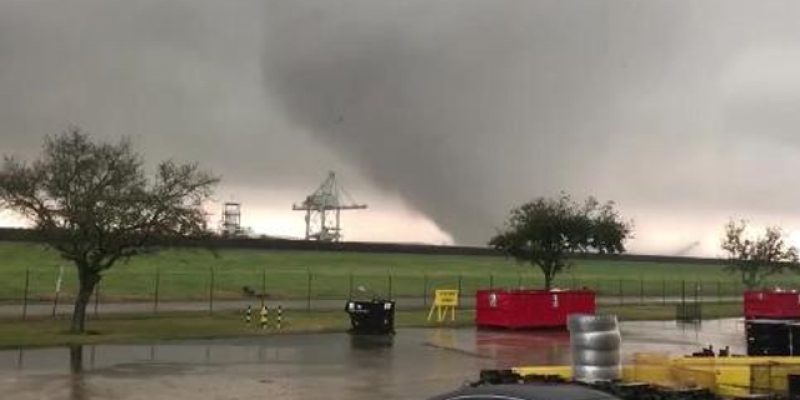 Wish we’d seen this a week ago when it was put up, but we found it today and thought our readers would find it worthy.

The smart thing to do when there is a tornado brewing so close by is to evacuate if you can’t find a sturdy place to shelter. Apparently, neither option was available to the guys who shot this footage, so the last resort was to pull out a phone and take a video of the event.

Vertically, which we would discourage. By now everybody knows you hold your phone horizontally when you’re shooting video, right? Apparently not.

Nevertheless, the action is pretty amazing. That tornado gets very, very close. They’re lucky it wasn’t fully formed when it passed by them, because as it progressed it got much bigger and much more dangerous.

And still tore up that nearby building like it was made of matchsticks.

Interested in more news from Louisiana? We've got you covered! See More Louisiana News
Previous Article Mark Ingram Is Solving The South’s Wild Hog Problem, One Pig At A Time
Next Article Troy Brown Has Proved Beyond A Shadow Of A Doubt That He’s Unfit For Public Office…