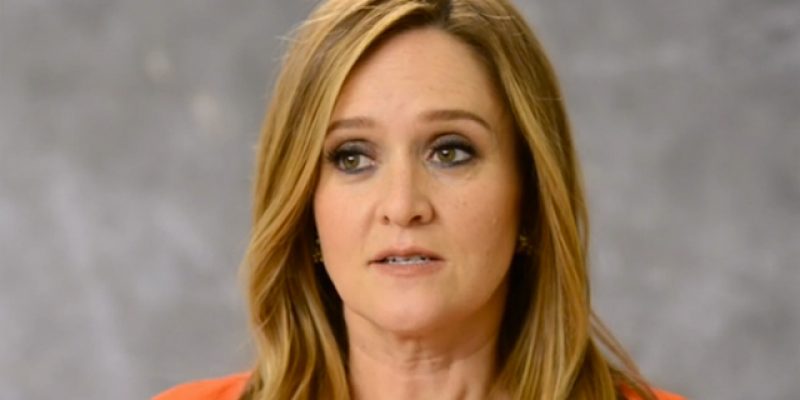 Back in 1990, an attorney named Mike Godwin conceptualized and promulgated a theory that a prolonged online debate would eventually get to a point where Adolf Hitler somehow gets worked into the rhetorical scrum.

Applied by others, the so-called Godwin’s Law would be used to demarcate once an argument has “jumped the shark”, with the first person to invoke the Third Reich fuhrer would essentially concede the debate, as working in a reference to Hitler would mark intellectual exhaustion.

The idea was to put Hitler and all that followed his ascension to Chancellor of Germany (the death of democracy in Germany, the Holocaust, world war, etc) in proper perspective and to discourage casual invoking of one of history’s most infamous figures.

Those on the left were quick to employ Godwin’s Law to delegimitze complaints by conservatives about the growth of the state and its power during the Obama Administration, especially in cases where Christian businesses were harassed by the government and community organizers who objected to their donations to conservative causes.

Granted the Brown Shirts in Germany engaged in similar tactics against their targets of convenience, blocking public access to Jewish businesses, but the Left was more interested in winning an argument by claiming the Godwin’s Law “instant win” declaration than discussing the facts and reasonable historical correlations.

And then in 2015 Mr. Godwin made an adjustment to his “law” via a Washington Post editorial so folks would have free license to compare Donald Trump to Hitler to their hearts’ content as long as they were thoughtful about it.

In the same write up Mr. Godwin also blessed a CNN that declared Trump a proto-fascist and the GOP for following the path of the facilitators of tyranny.

So much for Mr. Godwin and his casually amended law of debate.

However his original point has merit that comparisons to Hitler and the Nazis are off-base in 99.999% cases and to nonchalantly do so is not only inappropriate and slanderous to the intended target but disrespectful to the victims of the Third Reich.

The George W. Bush and Dick Cheney comparisons to Hitler for the invasions of Afghanistan and Iraq were absurd.

And to liken the current president to der fuhrer are baseless and if anything indict the credibility of those who hurl such insults. The last American president to put people in camps was a Democrat (FDR).

And then there is what Samantha Bee just did to a bunch of young attendees at CPAC.

The Canadian born Bee is not a professional or accomplished journalist but a comedian, though she tries to portray herself as some witty news commentator.

The career actress got her big break appearing in a satirical news show until graduating to her own [program suggestively titled “Full Frontal”.

In an episode mocking young attendees at the 2017 CPAC, Bee opened the bit in potty-mouthed fashion and subtitled it in German, signaling a bad night for Mr. Godwin’s Law.

One of the young person caught on camera had a short haircut out of necessity as he was receiving treatment for a brain tumor.  Whoops.

We are SOOOOO sorry for making fun of you and here’s a grand for the basic cable humiliation we put you through, the Jon Stewart wannabe buzzed.

For the other young men who have not declared a medical malady, there were no apologies and no thousand dollars for their GoFundMe pages dedicated to more recreational pursuits.

In other words Bee and her hive of leftist writers aren’t sorry at all they branded young conservative activists Hitler Jugend 2.0.

And it is a shame it took Bee featuring a young man battling cancer to bring attention to the much greater sin of running such a production in the first place. To think it would have otherwise just passed on as no big deal is disturbing.

We have seen civility in public discourse nose dive.  Some blame the perpetually tweeting president but he’s one man firing back against an entire leftist entertainment-media complex and the professional protest class that takes to the streets at the drop of a pussy hat.

And Bee is just a small bug trying to compete with her fellow gravitas chasing comedians to gain attention from that select group of the population that gets its news from Rachel Maddow and Daily Kos.

Thus they must constantly up their game by going further down the path of uglier generalization of the Right and by extension shred Godwin’s Law further.