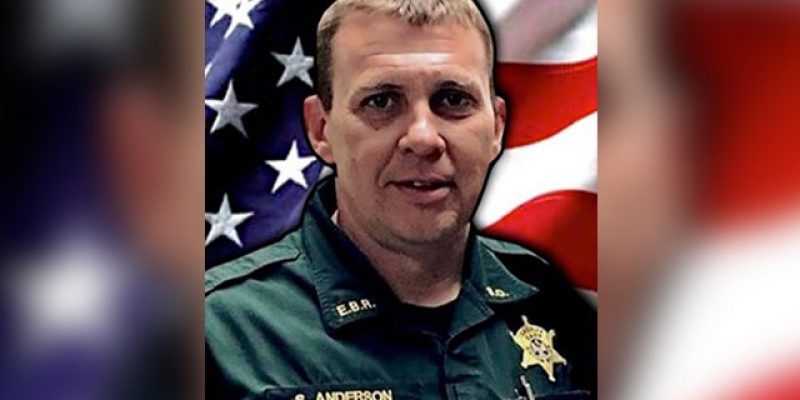 It was relatively big news over the weekend when a shooting at the Classic Cuts hair salon on O’Neal Lane Saturday claimed the life of Sgt. Shawn T. Anderson of the East Baton Rouge Sheriff’s Office. As more information surfaces about the man who killed Sgt. Anderson, the news might be even bigger.

The man accused of killing a deputy was wanted for questioning in regards to rape allegations made by a 15-year-old girl.

According to the probable cause report, they were following up on allegations that he gave a 15-year-old girl a tattoo, then raped her.

“The victim was picked up by [Wiley] and transported to another business where the victim entered and proceeded to use the restroom,” states the report. “The victim exited the restroom at which time [Wiley] physically grabbed the victim and using the victim’s own belt tied her hands behind her back…”

The alleged rape happened at a business located around the Mall of Louisiana on March 12, 2017. The victim says she met Wiley about a month prior to the incident.

“The 15-year-old stated that [Wiley] performed tattooing on her on several occasions all without the permission of her parents,” states the report.

And that isn’t all. Not by any means.

Wiley was sentenced to four months in jail following a 2010 conviction for unlawfully tattooing a minor, according to online 19th Judicial District Court records.

He pleaded guilty to a count of aggravated battery in 2005 and was sentenced to 13 months in prison following an arrest the year before on two counts of attempted second-degree murder, according to the records. He was also sentenced to two years in prison in 2011 for “inciting a felony” after being arrested for indecent behavior with a juvenile, the records state.

A federal judge sentenced Wiley to two years in prison following a plea agreement on a count of illegally possessing a firearm as a convicted felon, according to online federal court documents.

Essentially, Wiley was a violent gang-banger as a teen, and had been cut loose by the judicial system. For that forbearance, the system was rewarded with getting someone who made it his business to give tattoos to 15-year olds and platform that service into sexual advances of an unwanted nature – and then getting into a shootout with a policeman when the bill came due.

And, per the WAFB report, this is what Baton Rouge lost as a result…

Sgt. Anderson had been with the East Baton Rouge Sheriff’s Office for nearly 18 years. He began working at the East Baton Rouge Sheriff’s Office in May of 1999. He served in various divisions including Parish Prison, Narcotics, K-9, Emergency Services Unit, Maritime Response Team and SWAT. Sgt. Anderson also served in Uniform Patrol at Burbank, Scotlandville and most recently Kleinpeter substation.

Sgt. Anderson was presented the Life Saving Award in 2010 for saving the life of a woman on Old Mississippi River bridge. He was also recognized in 2014 for serving more than sixty high risk warrants in 2013 as a part of SWAT with no injuries or shots fired.

One year ago, Sgt. Anderson was recognized for bringing a life into the world. Anderson and two other deputies were flagged down by a pregnant woman and her husband on the way to the hospital March 19, 2016.

This blow to the tight-knit family of law enforcement comes as they’re still recovering from the 2016 loss of another deputy and two Baton Rouge police officers.

Incidents like this move momentum for tougher sentencing for the Brandon Wileys of the world, not more lenient sentencing. That’s a question which might be directed to Louisiana’s governor, as he pushes for dumping out the state’s jails at the upcoming legislative session.

Interested in more news from Louisiana? We've got you covered! See More Louisiana News
Previous Article The LSU Basketball Coaching Search LiveBlog, With Updates – UPDATE: It’s Over, And Will Wade’s The Guy
Next Article VIDEO: Kennedy’s Opening Statement In The Neil Gorsuch Hearings