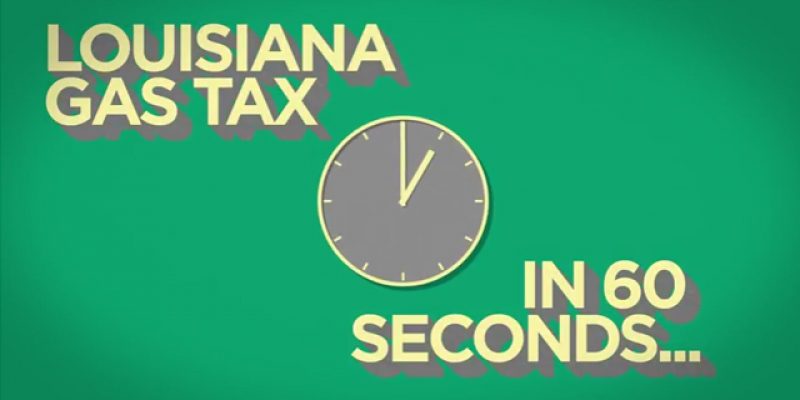 We get the impression that this will be a massive political dud and that it will die quickly in the legislative process, because while we’re hearing from legislators who have been in Fourth Floor meetings with the governor and his team that John Bel Edwards believes voters in Louisiana “have an appetite for more revenue,” Edwards is grossly out of touch with the public and legislators will get very nervous about tax increases, even on roads.

But this video is going to contribute to the governor’s problems, and in a major way. Because when voters realize that like we said earlier today, and made conclusions that we might be questioning about whether passing this bill is possible, gas tax money which is sold as going toward roads is essentially a scam to pay for bloated government, this tax hike will not be popular.

The tax could well pass, and you’ll have lots of legislators touting the line that “We have to do something,” but it’ll be an uphill battle.

Interested in more news from Louisiana? We've got you covered! See More Louisiana News
Previous Article Don’t Forget To Pick Up Your Ticket To The 2017 Hayride Spring Dinner, Starring Reps. Clay Higgins And Garret Graves!
Next Article BAYHAM: Who Should Take Robert E. Lee’s Place On That Pillar?