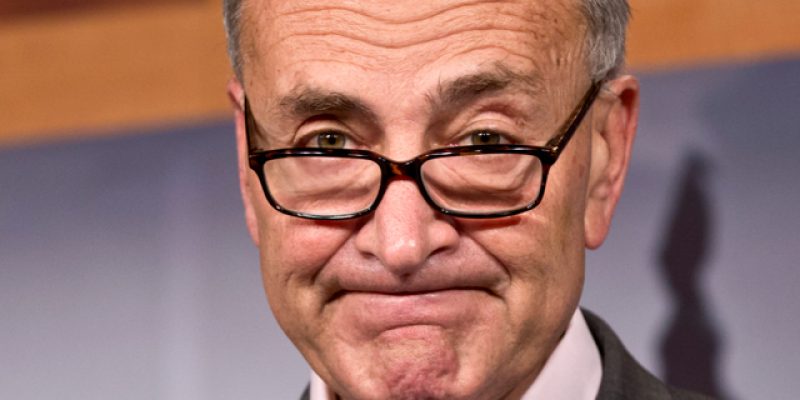 I really don’t know what the big deal is over the latest procedural adjustment to US Senate’s filibuster rule.

Since when is it breaking news when Democrats in Washington so vociferously contradict themselves when the tables are turned?

Here are some of the “Best of” from the HypoCrats, circa Obama Administration.

“It’s time to get the senate working again!” said Harry Reid (2013) while decrying that then-President Obama’s nominees deserved an “up or down” vote and justifying his own tinkering with the filibuster.

When called out on his change of position (Reid had opposed the so-called nuclear option on senate rules when George W. Bush was president), the then-Democratic Majority Leader said “Things have changed dramatically.” Specifically, there was a Democratic president.

Elizabeth Warren, in a sunnier time for her party, delivered a most vigorous defense for the gutting of the filibuster, capping her speech off with the words, “We have a responsibility to protect and defend our democracy and that includes protecting the neutrality of our court and preserving the constitutional power of the president to nominate highly qualified people to court vacancies.”

And then there’s Chuck Schumer, who saw a microphone someone else was using but couldn’t help himself anyway: “We much prefer the risk of up or down votes and majority rule than the risk of continued total obstruction. That’s the bottom line, no matter who’s in power.’’

In all fairness Schumer did have his hands behind his back when he leered in to make his statement, so maybe his fingers were crossed.

One must concede this much to the Democrats: they are so earnest and passionate in their duplicity.

So how did it come to ditching the filibuster for US Supreme Court nominees in the first place?

Too Democrats who did not live in states Donald Trump carried said nope.

What were their reasons?

The Democrats have waved the “bloody robe” of a jurist destined to become a future Trivial Pursuit question as some sort of justification for their obstinacy. Good luck explaining that one in a debate.

Republicans declared after the death of justice Antonin Scalia that they would not take up a US Supreme Court nomination in a presidential election year, arguing that the spot should be decided by the voters.

The argument had merit due to the fact as every presidential candidate in the past thirty years have stressed the impact the presidential election would have on the court.
Don’t believe me?

Just ask then-Democratic Vice-Presidential nominee Joe Biden who at a campaign appearance in 2008 said, “The single most important thing Barack Obama can do other than ending the war will be to determine who the next members of the Supreme Court are going to be.”

The American voters seemed to have understood as much and didn’t give the Democrats a majority in the 2016 election.

So much for 2016 being a referendum on what’s his face.

Second reason: Neil Gorsuch is not a liberal.

On this charge the Democrats are dead right in their ascertainment but are wrong in their behavior.

What did they expect a Republican president to nominate to the US Supreme Court?

Well in all fairness, GOP presidents tend to not bat 1.000 in conservative high court selections. Perhaps Trump’s appointment of someone who is philosophically to the right of himself startled the Democratic caucus.

Democrats don’t believe there exists a judge who is too far to the left ideologically. They refer to Justices Ginsberg, Breyer, Kagan, and Sotomayor as left of center, which is accurate in the same way Bangkok is east of Chicago.

Being to the right of Justice Weather Vane (Anthony Kennedy) makes a jurist a danger to democracy, women, minorities, the disabled, Muslims, transgenders, and arctic foxes.
Third reason: the Democrats are terrible looking strippers.

There’s no polite way of describing educated aged men and women who are entrusted with the responsibility of helping govern the most powerful nation in the world yet they use the historic Senate chamber to essentially twirl around a pole for campaign money, shimmying to satisfy the base political instincts and desires of a raging base.

I can see George Soros sitting in the public gallery making it rain on to the Senate well screaming “Earn it Chucky! Earn it!”.

The Democrats know that Gorsuch is a clean, educated, and imminently qualified to do the job. But as then-Russ Feingold learned back when that sincere liberal and once-sincere senator voted for John Roberts’s confirmation, his party base isn’t interested in that kind of stuff.

Feingold got new religion soon after, though that didn’t help him get back to Capitol Hill.

The old measurement of “qualified or unqualified” went out the door the moment Move On moved into the DNC.

The Democrats always have an excuse/bogus justification for their shenanigans. They are devoid of shame and are not constrained by logic, truth, nor consistency in their political maneuvers. Their agenda is just too important to be tethered to such concepts.

If the Democrats are truly sincere in their new-found belief in the sanctity of the filibuster then I would expect to see the rule changed immediately upon their resumption of power in the US Senate.

Oh try not to laugh.