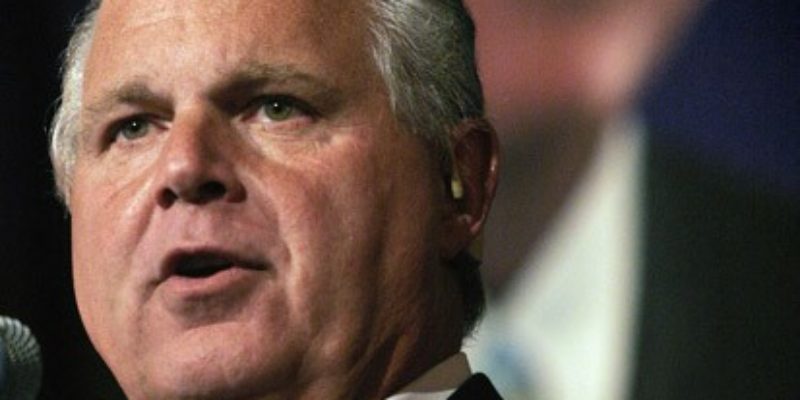 Rush Limbaugh interviewed Vice President Mike Pence on his show today, and the talk centered around the budget deal cut in Congress. Limbaugh was clearly not pleased with how the deal went down, and told Pence that with budgets like this, “why vote Republican?”

Listen to the interview below:

Here’s one of key passages from Limbaugh:

And is he wrong? Absolutely not. He went on to talk about the absurdity of Trump suggesting a shutdown in the Fall…

Why is the president now suggesting a budget shutdown in September-October. If it’s no good now, why is it good then? You guys were sent there to drain the swamp, there’s a clear Trump agenda that just isn’t seeable, it’s not visible in this budget, and some people are getting concerned that there’s more concern for bipartisanship and crossing the aisle to work with Democrats than there is in draining the swamp.

Limbaugh is not incorrect here either. For the first passage, it’s the same thing conservatives have been saying for years – it’s the Charlie Brown Effect. The GOP leadership in Washington holds up the football and we run to kick it… only for them to pull it away later.

We keep doing this to ourselves, because we keep electing the same RINOs into Congress and expect change.

However, this is also a failure of leadership from Donald Trump, who did come in and say that he was going to drain the swamp. He needs to step up and take control of the situation before Congress runs away with his agenda.

The next time we do this, the White House is going to need a better plan.