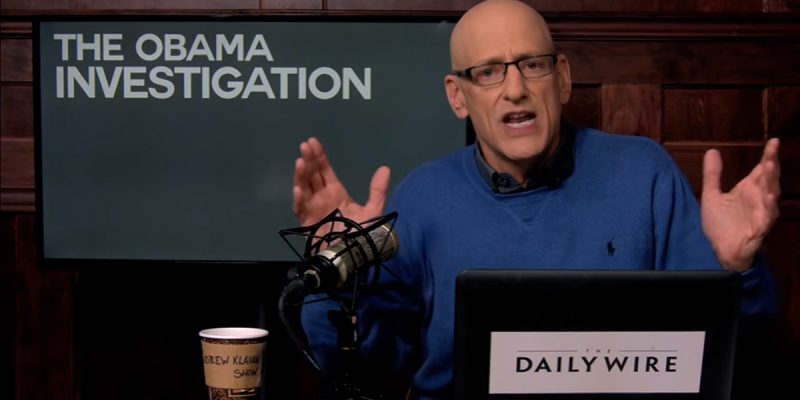 We figured we needed a little levity this morning given the abject chaos American politics has become this week, and this should do the trick. It’s the latest podcast from Andrew Klavan, and it comes in the aftermath of President Donald Trump’s firing of FBI director James Comey.

Comey’s firing has touched off a storm of controversy which has exposed Washington politics for the sewer of hypocrisy and fake outrage that it is, which is perhaps one reason to consider it a brilliant move. At Power Line, Steven Hayward suggested there’s something of a mad genius at work in the president’s actions…

The Comey firing is a sublime exercise in giving liberals what they wanted while sending them into new fits of apoplexy and Watergate nostalgia. Just last week Hillary Clinton was once again blaming her election loss on Comey, so what’s the problem? (I notice Hillary has been silent about Comey’s firing, unless I missed a statement from her camp.) The fact that Trump was unafraid to do what five presidents were afraid to do with regard to J. Edgar Hoover shows an additional aspect of his character that, while problematic, probably plays well with a lot of the public. It has not gone unnoticed that when Stephen Colbert announced the news of Comey’s firing at the beginning of the taping of his late night show yesterday afternoon, the instant reaction of the studio audience was to erupt in cheers, which was not the reaction Colbert was expecting—or desiring.

But Andrew Klavan’s object is to make fun of all this outrage by noting that in Washington currently, everyone – from the White House to the House of Representatives to the Senate to the FBI to the Justice Department to the intelligence community – seems to be investigating everybody else.

Which, in some interestingly strange way, seems to be the way Trump likes it.