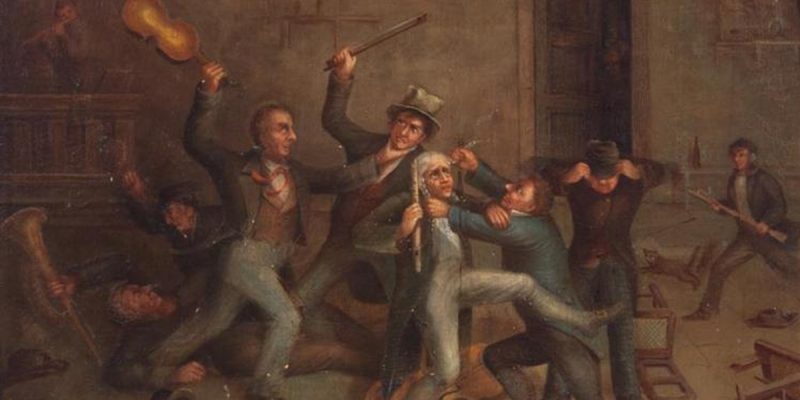 In the closing weeks of the regular legislative session, Republican Louisiana State Senator Rick Ward introduced a resolution to call for more civility in political discourse. This resolution was rightly passed without any objection on the Senate and House floors, with those legislators speaking in support of the resolution making timely and important commentary on the need for people of all political persuasions to better learn how to advocate for their position in a more respectful way.

In the closing minutes of that very same session, a long-serving Democrat state senator went to the House floor and told one of her Republican legislative colleagues in that chamber to “shut the f— up.”

Town hall meetings for Members of Congress that have traditionally been used to educate constituents and hear their opinions on important national issues have been hijacked by organized political grassroots operatives to plot disruptive strategies to yell, harass and embarrass any elected official they oppose.

24/7 news stations have one talking head after another on their show to state their political philosophy in a bombastic and inflammatory way to attract more eyeballs to that station to drive up ratings. The guests all know they better bring their explosive and shocking rhetorical A-game to justify any hopes of a return invite to that show. The more explosive the better, and the more times you can do it the better chance you have to secure your show/book/blog/etc. to personally attack even more folks down the road.

A sitting U.S President uses his Twitter account to call people dummies, fakes and phonies. Comedian Kathy Griffin tries to outdo other liberal activists by pretending to cut off the head of that same U.S. President. A modern rendition of the play Julius Caesar is used to portray the assassination of our President by an angry mob, a manipulated version of this timeless classic screenplay that is heralded on Twitter and CNN alike for its “powerful” imagery.

Conservative and liberal blogs personally demean and ridicule those with whom they disagree. Editorial boards are becoming increasingly comfortable calling legislators and other elected officials gutless, small-minded, mean-spirited and many other adjectives rapidly escalating in tone that are intended to incite rage among readers against a targeted few. Civility seems like a quaint concept now.

In Texas, legislators got in a fist fight this year while debating legislation. Six years ago, U.S. Congresswoman Gabrielle Giffords and several others were shot during a meeting with constituents in her district. Yesterday, Republican members of Congress were practicing for a charity baseball game when a former Bernie Sanders campaign volunteer opened fire on them, hitting our beloved Congressman Steve Scalise, a Congressional colleague and members of his security detail in the process.

This event seems to have forced many to ask themselves a question that should have been asked long ago: Is our lack of respect for those in which we politically disagree spiraling out of control? Is this the end of civility?

The scene of the latest shooting was a baseball practice for Congressional Republicans preparing for a charity baseball game against Democrat members of Congress. The manager of the Republican baseball team is a guy named Joe Barton, a senior Congressman from Texas.

Joe was my first boss out of college and I was proud to work for him as a young staffer on Capitol Hill. He has always been more of a policy wonk than a political operator. Joe used to always tell me and his other staffers, “If it is the right policy, it is the right politics.”

When I worked for him years ago, he had a sign over his desk, crocheted by one his constituents that said, “Fear God. Tell the Truth. Make a Profit.”

He has always been driven by his ideas for small government, a strong defense and economic growth and he works with anyone to make that happen. He is a conservative Republican, but has many times over the years crossed the aisle to work with Democrats or independents when the opportunity was available.

Joe has represented the 6th District of Texas since 1983 when he won his first race on a recount. He has been in Congress a long time and has seen Washington, DC, change a lot over the years. He has seen the amount of decorum and civility used in the political process change over the years. He unfortunately saw both his sons run for cover this week to hide from a gunman while they were in town to watch their dad coach during a charity baseball practice.

When speaking at the press conference after the shooting, Joe talked about how his ten-year-old son Jack likes to pal around with many of the Democrat Members of Congress when he visits his him in DC and usually makes a “beeline to guys like Cedric Richmond and Mike Doyle when he sees them on the floor.”

To a kid like Jack Barton, political ideology and party loyalty have no bearing on who you want to pal around with.

Joe went on to add that, “Every Member of Congress is just a person who has a family.”

Conservatives and liberals must figure out a way to vigorously debate their differences without personally terrorizing those with whom they disagree – and they better figure it out fast. My kids, your kids and kids like Jack Barton are growing up and watching the mess we have all created and we probably aren’t going to like the lessons they are learning.

Decorum is dying. Civility is slipping away. Both of these important traits can be restored without sacrificing strength, passion or principle.

Fear God. Tell the Truth. Make a Profit. That sign that used to hang over Joe Barton’s desk always told me to live right by the Lord, treat others as you want to be treated and work as hard as you can to accomplish your dreams. You do those three things and you really can accomplish anything…and there is absolutely no need whatsoever to ever be uncivil, disrespectful or harmful while you do it.

Interested in more national news? We've got you covered! See More National News
Previous Article BRIGGS: The Center Of The Natural Gas Universe
Next Article This Afternoon, A Group Of Leftists Plan A Takeover Of Bill Cassidy’s Metairie Office