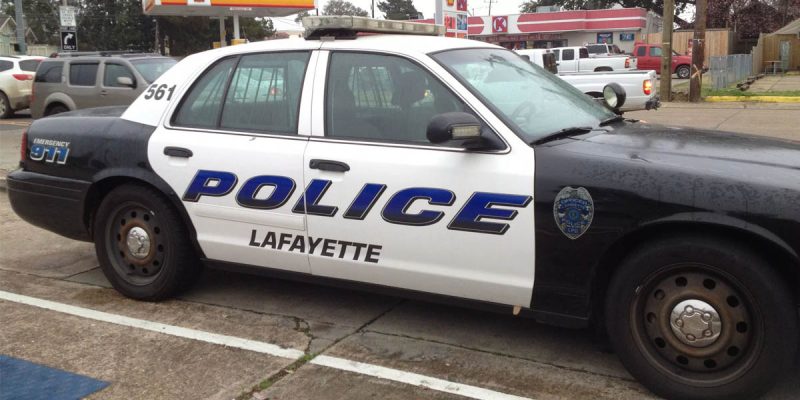 In case you missed this last week, we’re presenting it to you for your consideration of what constitutes proper police tactics.

We found this at a Facebook page titled “Our Police stories,” and it had over 270,000 a week ago after it was posted last Sunday. Supposedly this incident took place over that weekend in Lafayette, near the Evangeline Maid Bakery on West Simcoe Street – where on Saturday night the police were called to investigate a disturbance. It seems that a fight broke out at or around a wedding that took place up the street from where the video was shot, and when police arrived they found a mob scene.

There was apparently a sizable group of people standing in the street, and one of the police officers was tasked with moving them onto the sidewalk. One of those who needed to be moved – who happened to be the son of the bride in the wedding party – decided to pop off to the officer, including with the use of an F-bomb or two (yes, this video is not safe for work unless it’s muted), and an admonition to “handle your business” – and that was suitable for the officer to define “handling his business” by body-slamming and arresting said individual, assumedly for obstructing public passage and perhaps also for resisting arrest.

Those charges will probably be dropped, but there will probably be a lawsuit, and it’s not impossible there would be a settlement by the City of Lafayette and conceivably demands that the officer be disciplined.

So here’s the question to our readers: is this OK? Did the recipient of the officer’s “handling his business” get a valuable lesson in respecting the police and following their orders? Or is this an example of abuse of police authority, and potentially racism at work?

We have an opinion, but it’s not particularly important here. It’s up to you – should this be a major controversy, or not?