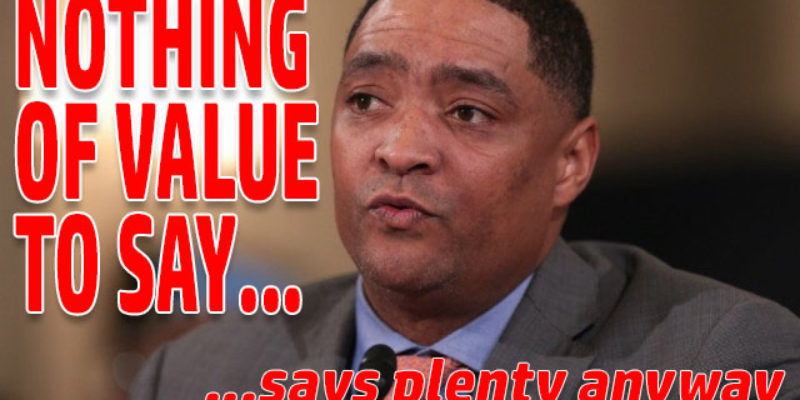 All the usual suspects are now piling on the “anti-racist virtue-signaling” train, including New Orleans’ congressman and Chairman of the Congressional Black Caucus Cedric Richmond…

Members of the Congressional Black Caucus are reviving calls to remove Confederate statues from the Capitol following the violence at a white nationalist rally in Virginia.

The “Unite the Right” rally of white supremacists and the subsequent clashes with counterprotesters began as a protest against the Charlottesville city council’s decision to remove a statue of Confederate Gen. Robert E. Lee.

Since the rally, other localities have moved to take down Confederate statues — and some lawmakers think the Capitol should consider following suit.

“We will never solve America’s race problem if we continue to honor traitors who fought against the United States in order to keep African-Americans in chains. By the way, thank god, they lost,” Congressional Black Caucus Chairman Cedric Richmond (D-La.) told ABC News.

Naturally, this is nothing more than an empty press statement designed to rile up the Democrats’ voting base and generate attention…

However, a CBC aide told The Hill that the group is not currently working on any legislative efforts, like resolutions or letters, on Confederate statues in the Capitol.

Legally, the only way to remove those statues is for the states to pass resolutions to remove them.

So this is little more than Richmond flapping his gums in an attempt to stay relevant, in the knowledge he and his caucus are powerless to pass legislation and without much in the way of ideas to improve the lives of their constituents. He has to do something to gin up fundraising, and flipping over race cards and picking at old scabs is a sure-fire winner.