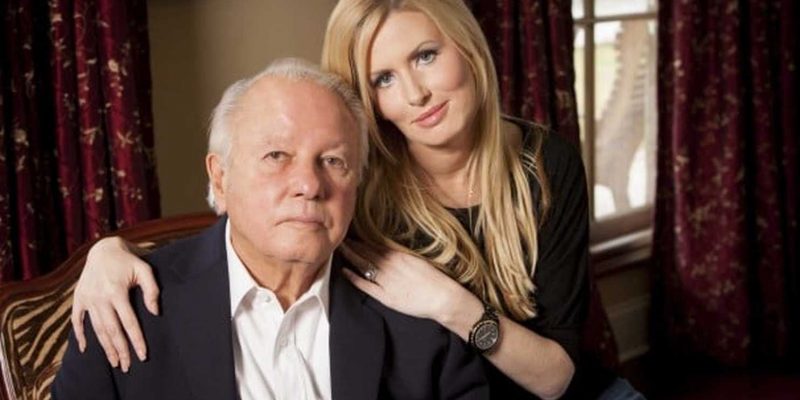 Current Governor John Bel Edwards will be one of more than 500 people coughing up $250 for a dinner honoring the 90-year old former governor Edwin Edwards Saturday, August 12th. The event sold out quickly proving even through Edwards is a long-time crooked politician and convicted felon, people still love him.

So how does a guy who made it a life-long mission to use the power voters entrusted to him to line his own pockets still have so many admirers? One word, charisma.

It is not a stretch to say Edwards is the most charming politician to ever hold office in Louisiana. And that’s saying something because we’ve have some charmers.

Part of Edwards’ likability comes from his willingness to unabashedly buck political correctness. He starred the self-righteous right in the face and said what he knew would enrage them.

Asked about his faith he once said his bible sits on a stand right by his toilet, right next to his Playboy.

At 86-years old Edwards was asked if it was safe to have sex with his wife who is 50-years younger than him. He said, “If she dies, she dies.”

During his 1991 race with KKK Grand Wizard David Duke, the womanizing Edwards said, “The only place where David Duke and I are alike is we are both wizards under the sheets.”

In his 1983 campaign against incumbent Dave Treen, Edwards said, “Dave Treen is so slow it takes him an hour and a half to watch 60 Minutes.”

After a 1985 mistrial acquitting Edwards of mail fraud, obstruction of justice, and bribery it came too light some of the jurors sequestered at a hotel had stolen towels as they left.  Edwards quipped he had been judged by a “jury of my peers”.

In the 80’s Governor Edwards walking in a Mardi Gras parade stopped and gave my Irish born grandmother a big kiss. It was one of the highlights of her life. Yes, Governor Edwards was and still is a charmer. It’s hard not to like him.

I had the opportunity to interview Mr. Edwards a few times while working as a reporter for TV stations in Lafayette and Baton Rouge. I always considered him a crook and knew he couldn’t be trusted but I have to admit being around him was fun. He was fearless in his willingness to say something he knew full well would piss off the self-righteous and I liked that about him.

We got a glimpse of the Pharisee-like attitude Governor Edwards spent his life agitating this past week when NOLA.com columnist Tim Morris scolded Advocate owner John Georges for helping sponsor the Edwards birthday bash. Morris wrote, “The owner of the newspaper of record in Louisiana’s capital thinks it’s just fine to support an event celebrating the state’s most flamboyantly corrupt politician.”

I’m sure Mr. Morris’ moral outrage is sincere but the fact that he’s criticizing  the owner of a paper that is slowly putting Morris’ paper out of business is noteworthy. I can only imagine Mr. Edwards smiled reading Morris’ column.

So is it wrong for political elites, including our current Governor, to honor Edwin Edwards on his 90th birthday? There is no disputing Mr. Edwards was a womanizing, unfaithful, lying, stealing, self-serving crook. He asked voters time and time again to trust him with their vote and then violated that trust by greedily looking out for his own personal gain.

And Mr. Edwards has never come clean or apologized for all that he’s done to the people of Louisiana. He remains unrepentant for his life of corruption.

It reminds me of the greatest television show ever produced, the Sopranos. Tony Soprano was a dirty, low-down, cheating, lying, crook who enriched himself at the expense of others. But you watched every week pulling for the guy because he was so damn likable. Governor Edwards is not as bad as Soprano since as far as we know he’s never sent someone to go swimming with the fishes.

But like Soprano, Edwin Edwards chose a life of crime. But he has served his time and paid his price to society so in my book all his forgiven. He who is without sin, cast the first stone. And if I had an extra $250 bucks lying around I’d be at that birthday bash, with bells on.

Interested in more national news? We've got you covered! See More National News
Previous Article WAGUESPACK: Does The Governor Actually Have A Plan To Solve The Fiscal Cliff?
Next Article TAB Becomes Rent-A-Lobby for Leftist Interests