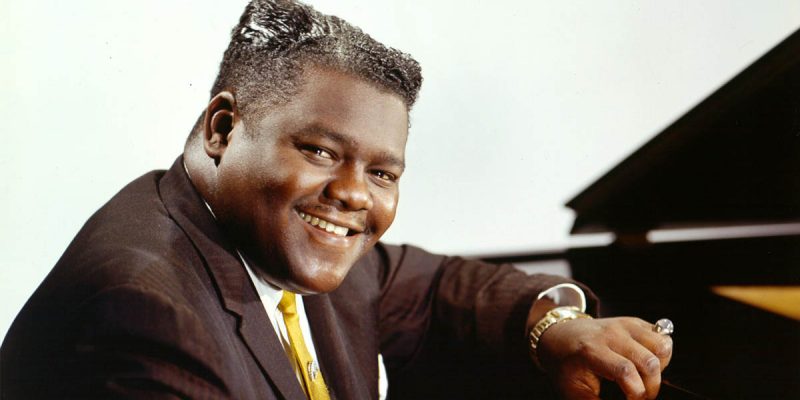 Growing up in the New Orleans area, you encounter a lot of misery, crime, and poverty. But you are also spoiled in ways you can’t appreciate until much later in life or until you join the diaspora of college grads chasing loaded W-2’s to Texas, Atlanta or DC.

You truly have to leave New Orleans to know what it means.

My epiphany happened while pushing a shopping buggy in a Glendale, Arizona Walmart.

I was using some of the gift cards friends of mine from around the country had mailed me after Hurricane Katrina sent ten feet of water into my living room on my first floor and a foot of water into my bedroom on the second story.

As I was rebuilding my life between aisles 13 and 14 something caught my eye while walking past the music section: the words “New Orleans Music” on one of the compact disc separators.

I paused and then put my cart in reverse, this time carefully eying the music categories.

There wasn’t a New York or Los Angeles music grouping.  Tunes associated with Nashville were simply labeled Country/Western.  The dozens and dozens of larger cities, including those booming with economic activity and prosperity, had jobs but not their own music section at Walmart.

The only city that had its “own” music listed was New Orleans- whose population peak was just north of 600,000 people in the 1960’s and was at that moment in history counted less than 100,000 souls residing within its boundaries as most of the city was still inaccessible and lacking utilities.

New Orleans was more than a concentration of roads and medium-sized buildings.  It has a distinct culture.  And a soul.  And not just a song but its own music much more than jazz but a diverse music scene that reaches into various types, from rap to rhythm and blues.

Most people associate jazz with New Orleans, especially since the world’s most famous ambassador of that original America art form was New Orleans native Louis Armstrong.

And while Armstrong was not a lawyer, a banker, an accountant, or part of a business trade that is in much higher demand elsewhere than here, like the aforementioned white collar jobbers, Pops split town, relocated to Chicago where he made his fortune, and then later moving to Queens, where he died and is buried.

When New Orleans renamed the airport after Armstrong, one of my uncles joked they should’ve named just the departure area after Satchmo.

Fats Domino didn’t leave New Orleans.  He didn’t even leave the lower 9th Ward until Katrina’s storm surge broke through the industrial canal levee, necessitating a rescue from the second floor of his home.

I passed Domino’s home every day en route to school at Holy Cross.  It was ostentatious in size compared to his neighbors on Caffin Avenue, especially with the large security fence and the luxury cars that were packed within its tight confines. Gawkers didn’t need to bother with learning the address- Domino painted the façade black and gold with a large F and D affixed to the front.  And if you had trouble deciphering that code, Fats also had a small electric sign that literally spelled it out.

After Katrina, Domino’s severely damaged home became a pilgrimage site for high profile visitors to New Orleans after Katrina, with celebrities and presidents swinging by before u-turning back to the city.

Despite the hundreds of times I had passed his house on both a school bus and in my own car, I had never seen Domino outside his home.

That is until one day in March 2007 when I was narrating a tour of Katrina damaged neighborhoods for dozens of Young Republicans visiting the Crescent City.  As the charter bus rumbled down a still deserted Caffin Avenue I announced that we would soon be passing the home of one of the original inductees in the Rock and Roll Hall of Fame.

As soon as I mentioned on the PA system that in 30 years of passing by I had never seen Domino there, I looked to the left and saw the Fat Man himself, standing on the curb wearing his signature white band cap on his head and his trademark grin on his face waving at the bus.

Domino was largely taken for granted by folks in New Orleans.  Familiarity had concealed his greatness.  We all knew his songs and his upbeat cover of “When the Saints Go Marching In” is considered one of the NFL team’s theme songs, played in the Superdome after the Black and Gold score touchdowns.  Domino even sang a jingle for New Orleans’ own Popeye’s Fried Chicken commercials.

There is not another musician more Nola than Fats Domino.

Fats wasn’t some local musical personality that visiting performers felt compelled to pay an obligatory visit prior to a show; he was their peer and in the case of John Lennon, an early inspiration.

After Katrina I decided to make an effort to appreciate the local scene more by attending my first ever Jazz Fest, specifically to see the man whose demise during Katrina had been grossly exaggerated via a spraypainted “tribute” on the side of his 9th Ward home.

Unfortunately Fats wasn’t up for it.

Domino had battled stage fright most of his life and never truly overcame the phobia.  He did briefly appear on stage to acknowledge the throng gathered at the Acura Stage but there would be no show.

It was a harsh lesson that spurred me into making an effort to start attending concerts featuring the men and women who provided the soundtrack of my life.

Hopefully the city will give the great native son who lived in a modest neighborhood the grand sendoff he truly deserves.

Fats Domino never left New Orleans and neither should his legacy.