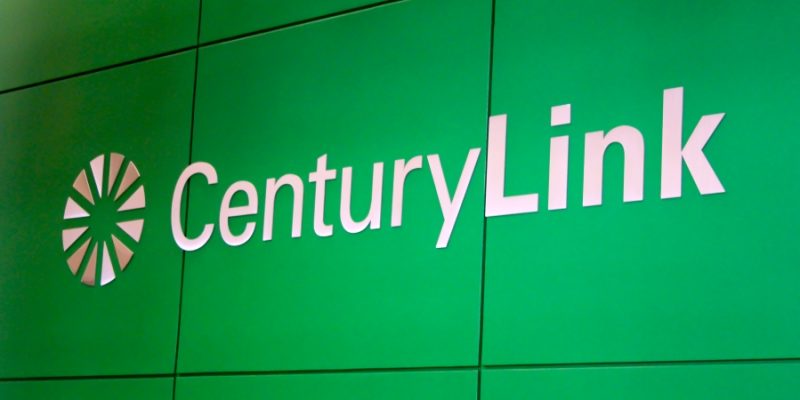 Monroe-based CenturyLink is one of the largest Louisiana-based public companies. It employs 2,700 workers in Louisiana and has a Louisiana payroll of around $200 million.

Recently, the company purchased Colorado-based Level 3. Level 3 CEO Jeff Storey is set to become the new CEO of CenturyLink in 2019. However, Storey is planning on staying in Colorado and won’t move to Monroe. That has set off fears that the company is planning to leave Louisiana.

From the Monroe News Star:

CenturyLink’s next chief executive won’t live in Louisiana, but he emphasized the company’s headquarters will remain in Monroe for now.

Jeff Storey, president and chief executive of Level 3, will take over as top executive of the largest public company headquartered in Louisiana Jan. 1, 2019.

“While I am not planning to relocate, Monroe is CenturyLink’s headquarters with an incredibly talented and valuable workforce, and I intend to spend a significant amount of time there,” Storey said in a statement to USA Today Network. “I will also continue to leverage our technology to manage our operations globally.”

CenturyLink has a contract to keep its headquarters in Louisiana until 2020. For what its worth, economic development officials are putting a brave face and claiming they will be able to keep the headquarters in Monroe.

“Every CEO of a global company like CenturyLink probably lives more on an airplane than in the headquarters city,” Pierson said.

“So where he hangs his hat on the weekend is of less concern than our ability to be an effective partner with CenturyLink to provide the support needed to retain and even expand the existing infrastructure and workforce in Monroe,” he said.

Why are economic development types worried that CenturyLink could leave Louisiana? This graphic from the Tax Foundation of the state corporate tax rates in 2017 shows why: 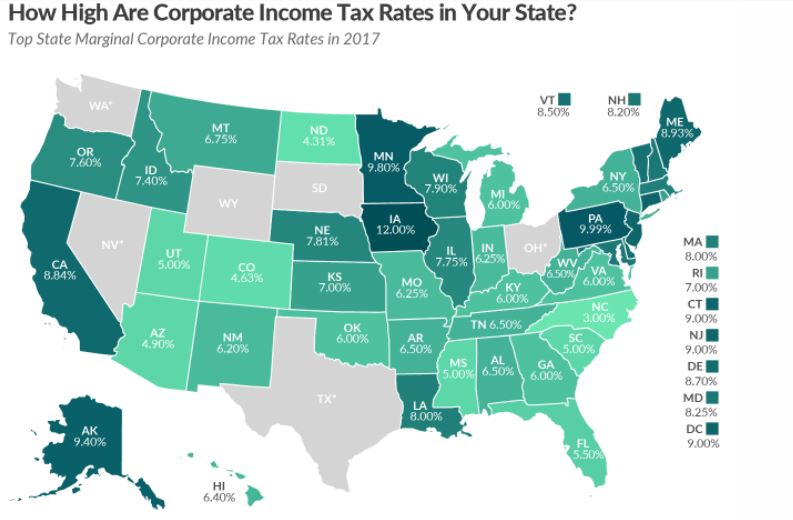 If Louisiana wants to retain and attract businesses, it has to lower or even better yet abolish its corporate income tax.