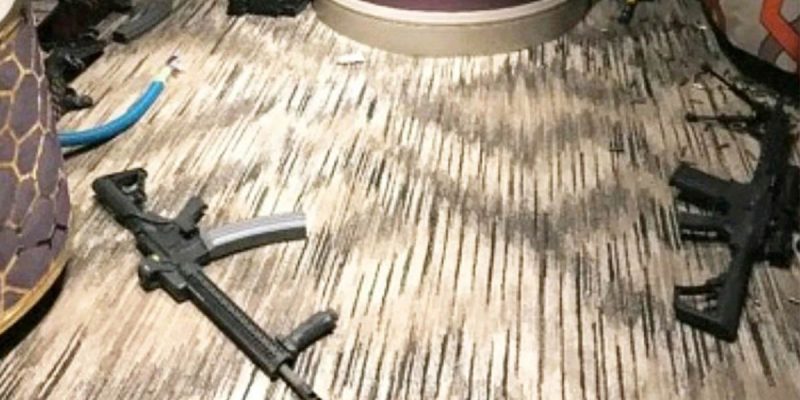 In a twist to an already twisted and constantly shifting story, one of the heroes from the night of the Las Vegas shooting has gone completely off the radar, and no one seems to know where he is.

Jesus Campos distracted Stephan Paddock, took a bullet to the leg, pointed out Paddock’s location to law enforcement, and stayed behind to help evacuate the area. The man’s actions are heroic. But, as the Los Angeles Times points out, he’s vanished.

Hickey said he was with Campos on Thursday, coordinating a series of interviews that the guard was scheduled to give about the attack. They included appearances on the Sean Hannity show on Fox, as well as news shows on CNN, CBS, ABC and NBC. Campos was staying in a suite in a Las Vegas hotel, Hickey said.

Hickey said he was attending a meeting with MGM representatives in one room of the suite as Campos waited with a security guard — hired by MGM — and another union member in the living room.

When the meeting ended about 2 p.m., Hickey said Campos was no longer in the room.

“When I got in touch with the other union member, I was told Campos was taken to the Quick Care” health clinic, Hickey said. He didn’t hear from the guard afterward and announced to a scrum of reporters that night that Campos had canceled interviews.

Since Thursday night, Campos has been out of sight, and it is not only raising questions, but conspiracies as well.

A fake news site built to look like a bad facsimile of CNN’s International edition blasted the news that Campos was in on the shooting. Other conspiracy theories have popped up as well.

All of this media, and all of this attention to a very awful situation, bringing all sorts of spotlights perhaps where they aren’t wanted, is tough on one’s soul. If you’re Campos, and you’re already in an emotionally or psychologically compromised state, would you want this?

I wouldn’t, and many others wouldn’t. Hopefully, Campos is hiding out somewhere, away from the media. Hopefully, he’s taking some time out of the spotlight until he can come to terms with himself and what happened.