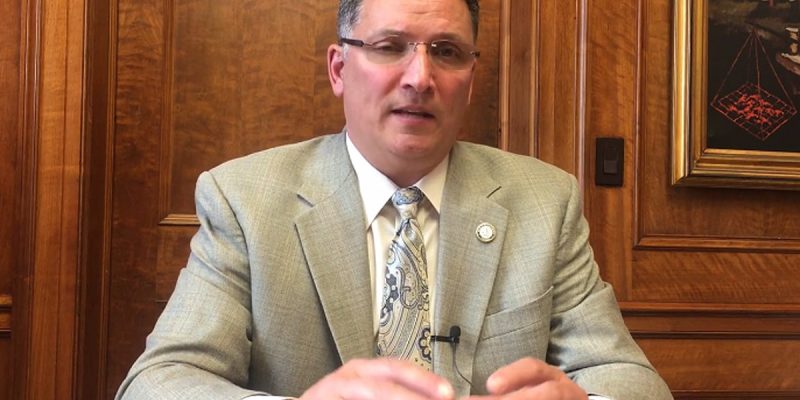 Here’s a poll memo from Remington Research, the polling company headed up by former Ted Cruz campaign manager Jeff Roe (we had a post about a poll they did on public reaction to the NFL’s national anthem protests here). Remington is working for the John Schroder campaign for Louisiana Treasurer, and they were in the field Monday and Tuesday for a poll of the race…

Survey conducted October 2 through October 3, 2017. 864 likely 2017 Special Election voters  participated in the survey. Survey weighted to match expected turnout demographics for the 2017  Special Election. Margin of Error is +/- 3.4% with a 95% level of confidence. Totals do not always equal  100% due to rounding.

John Schroder remains the leading Republican in the special election for Louisiana State Treasurer.  The Democrat, Derrick Edwards leads all contenders as the Republican candidates are currently  splitting the vote.  Schroder leads his closest Republican opponent by four points. 27% of voters remain undecided.

Q: Candidates in the 2017 Special Election for State Treasurer are Republican John Schroder, Republican  Angele Davis, Republican Neil Riser and Democrat Derrick Edwards. If the election were held today, for  whom would you vote? [ROTATE]

The next ten days of TV buys and money will dictate which Republican will move on. Schroder possesses the financial resources to continue running up the score in key media markets. Due to his current ballot strength and available resources, we expect Schroder to have a high ceiling of support.

Is this an accurate poll? We have no reason not to think it’s pretty close to where the race is – though it’s still pretty unsettled and things could easily change between now and Oct. 14.

What’s hard to dispute is the poll’s finding that the race is pretty close. 19-15-12 is a fairly tight spread among the three Republicans in the race and if you’re in Riser’s camp you can take some solace that this poll shows he’s at least within striking distance. That’s good news for Riser, though if the poll is to be believed what isn’t good news for him is that his effort at outreach among Democrats and others in New Orleans, which did pay off in getting him an endorsement from the Times-Picayune and a spot on the ballots being put out by the Democrat street organizations (BOLD being one of them) hasn’t really resulted in his moving the needle there. If Riser doesn’t make the runoff, and if Edwards ends up pulling the lion’s share of the Orleans Parish vote even without the Democrat Party’s endorsement of their only candidate, it’s going to go down as one of the more instructive lessons in Louisiana politics.

Namely, that trying to buy the black vote in New Orleans by paying to get on the BOLD and LIFE tickets and palling around with the local Democrat pols is a waste of time and money if you’re a Republican.

We suspect this is true, though that doesn’t necessarily invalidate Riser’s gambit to do so. Pulling just a modest chunk of the New Orleans vote, if he can do it, will get him into second place ahead of Schroder. But if Riser doesn’t make the runoff after having chased that vote it’s unlikely anybody will try it again for a while.

Interested in more national news? We've got you covered! See More National News
Previous Article Julie Emerson Has Been Selected To Be A Finalist For The ’30 Under 30′ Award
Next Article Yes, Chauna Banks Has Been Living Out Of Her Campaign Account, And No, It’s Not Racist To Notice