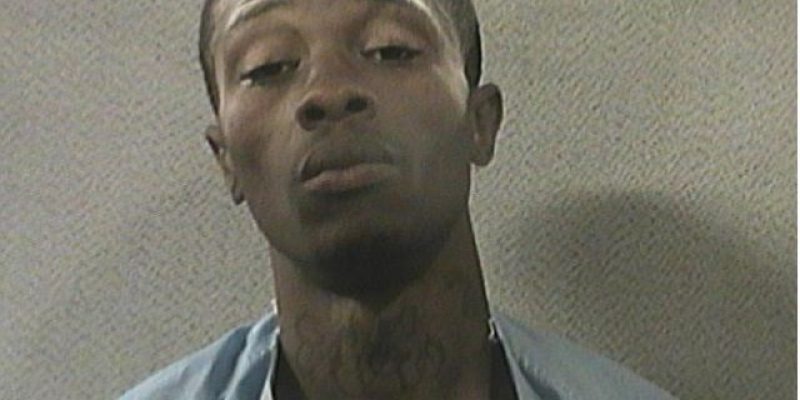 Jury selection was set to begin in the trial of Travis Boys yesterday. Boys is suspected of killing New Orleans Police Officer Daryle Holloway. Holloway was murdered on duty in 2015.

Boys took a bathroom break and what happened when he got back shocked the entire courtroom.

Jury selection for the trial of alleged cop killer Travis Boys came to a dramatic halt Wednesday afternoon when Boys suddenly smeared feces over his head and face, to the shock of those in the courtroom.

Boys faces a charge of first-degree murder for shooting to death New Orleans Police Officer Daryle Holloway in 2015. Police said Boys, 35, was being transported to jail when he shot Holloway dead inside the officer’s SUV. Boys then escaped and remained at large for 24 hours before his capture.

Holloway’s uncle, criminal defense attorney David Belfield, witnessed the scene Wednesday. He said potential jurors and spectators in the court were aghast as Boys pulled out a piece of feces wrapped in tissue paper and proceeded to spread it over his head, face and mouth.

The disturbance came just after Boys had returned from a restroom break.

Criminal District Judge Karen Herman halted jury selection, dismissed most of the jury pool, and ordered a mental competency hearing for Thursday. Before the crappy incident, Herman had ordered medical treatment for an infection in Boys’ eye.

Boys made a double plea of not guilty and not guilty by reason of insanity. If Boys is convicted, he could face the death penalty.

Boys’s attorneys are claiming Boys has a low IQ and various mental health problems. His attorneys are hoping to present evidence of those mental issues in order to establish mitigating circumstances. Meanwhile, the prosecution is going to rely on evidence from Holloway’s body camera. The camera shows Boys killing Holloway.