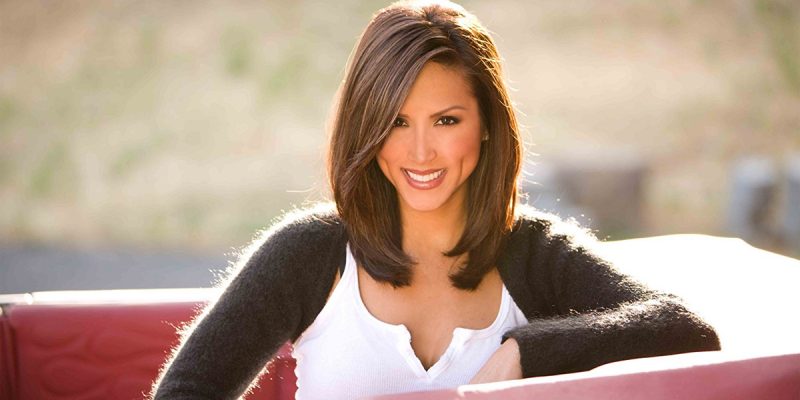 This will likely be the first you’ve heard of the Minnesota Democrat and erstwhile mediocre comedian’s sexual behavior, but it’s a credible accusation made of a relatively recent vintage. The model, radio talk host and sports commentator Leeann Tweeden says that Franken grabbed her breasts in December of 2006 while both were on a USO tour visiting troops in Afghanistan, and the account seems credible and the accusation repulsive. From Tweeden’s post at the KABC-790 AM website…

Franken had written some skits for the show and brought props and costumes to go along with them. Like many USO shows before and since, the skits were full of sexual innuendo geared toward a young, male audience.

As a TV host and sports broadcaster, as well as a model familiar to the audience from the covers of FHM, Maxim and Playboy, I was only expecting to emcee and introduce the acts, but Franken said he had written a part for me that he thought would be funny, and I agreed to play along.

When I saw the script, Franken had written a moment when his character comes at me for a ‘kiss’. I suspected what he was after, but I figured I could turn my head at the last minute, or put my hand over his mouth, to get more laughs from the crowd.

He continued to insist, and I was beginning to get uncomfortable.

He repeated that actors really need to rehearse everything and that we must practice the kiss. I said ‘OK’ so he would stop badgering me. We did the line leading up to the kiss and then he came at me, put his hand on the back of my head, mashed his lips against mine and aggressively stuck his tongue in my mouth.

I immediately pushed him away with both of my hands against his chest and told him if he ever did that to me again I wouldn’t be so nice about it the next time.

I walked away. All I could think about was getting to a bathroom as fast as possible to rinse the taste of him out of my mouth.

I felt disgusted and violated.

Not long after, I performed the skit as written, carefully turning my head so he couldn’t kiss me on the lips.

At the time I didn’t want to cause trouble. We were in the middle of a war zone, it was the first show of our Holiday tour, I was a professional, and I could take care of myself. I told a few of the others on the tour what Franken had done and they knew how I felt about it.

I tried to let it go, but I was angry.

Other than our dialogue on stage, I never had a voluntary conversation with Al Franken again. I avoided him as much as possible and made sure I was never alone with him again for the rest of the tour.

Franken repaid me with petty insults, including drawing devil horns on at least one of the headshots I was autographing for the troops.

But he didn’t stop there.

The tour wrapped and on Christmas Eve we began the 36-hour trip home to L.A. After 2 weeks of grueling travel and performing I was exhausted. When our C-17 cargo plane took off from Afghanistan I immediately fell asleep, even though I was still wearing my flak vest and Kevlar helmet.

It wasn’t until I was back in the US and looking through the CD of photos we were given by the photographer that I saw this one:

And then, the photographic proof… Sure, it’s a joke, but it establishes the character of Franken’s actions on the tour and corroborates Tweeden’s account of his behavior.

Tweeden says she kept quiet about it because she didn’t want to make waves and disrupt her own career at the time, but given the recent outpouring of stories in the wake of the Harvey Weinstein reveals, she figured it was time to speak up.

So, what do we do with this?

Obviously if Roy Moore’s alleged behavior isn’t up to snuff for the U.S. Senate then Franken’s behavior, which is considerably more recent, can’t be. That means if Moore would have to be expelled then so would Franken.

We’re sure Mitch McConnell will get right on that. Why, there will be an investigation of Franken convened by the weekend, no?

Because if not, then obviously McConnell and the rest of the self-serving preeners in the U.S. Senate are thoroughly without room to talk about anyone else.

UPDATE: And here, via RedState, is Franken’s reaction…

Just got a response from @alfranken: "I certainly don’t remember the rehearsal for the skit in the same way, but I send my sincerest apologies to Leeann. As to the photo, it was clearly intended to be funny but wasn't. I shouldn't have done it."