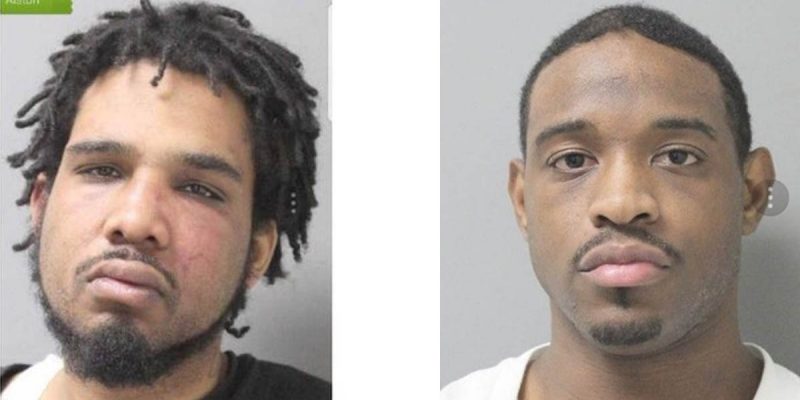 In case you missed this one last week, the state’s implementation of the criminal justice reform package generated another couple of Smokey Whites – the Louisiana version of a Willie Horton – when a pair of store burglars were caught in Monroe…

The two suspects in a rash of burglaries in north Monroe are in custody in Ouachita Parish.

On Wednesday night, detectives traveled to Union Parish and took Alston into custody. They later determined Reginald Capers, 26, a second suspect, also worked at the plant. Capers was taken into custody early Thursday.

Both suspects were arrested by the Ouachita Parish Sheriff’s Office on Dec. 1 for a break-in at Samz Discount Tobacco on Cooley Road.

An alarm at the store activated, and, upon arrival, deputies saw Capers and Alston, dressed in all black standing in the front window of the store. Both suspects ran toward the back of the store before leaving through the back exit.

Following a short chase, Alston tripped and fell. He later told deputies the pair used a crowbar to force entry into the store and took packs of cigarettes before leaving. A few minutes later they returned to look for money in the main office. About this time, deputies arrived.

Hang on. This gets fun…

Alston and Capers were booked on additional burglary charges over the past 24 hours. Brown said they could face over 20 counts for burglaries in north Monroe and the parish.

Brown said the department feels hopeful some items will be returned to property owners, including a gun recovered from one suspect.

Brown said MPD is extremely proud of the efforts of detectives and officers working this case and their efforts to find those responsible for the burglaries.

Both Alston and Capers served time and were released on Nov. 1 according to the MPD.

And now for just a little more…

The department would not confirm if the suspects were released as part of the Justice Reinvestment Act, which saw hundreds of people released from incarceration early statewide starting on Nov. 1.

Translation: yes, these guys were among the prisoners cut loose when LADOC barfed up 1,900 “non-violent” criminals into our streets per the orders of Louisiana’s governor, John Bel Edwards. They’re Smokey Whites. Smokey White being, as our readers will recall, the first of the recently released who, within five days of being discharged from prison, turned up with a pistol onto a construction site and robbed a group of Kenner construction workers of some $900 worth of cash. Later it was found that White, 24, had dozens of burglary and armed robbery counts on his rap sheet despite having served four years in jail.

In the case of Alston and Capers, there are reports of as many as 40 burglaries or attempts at same on the north side of Monroe were reported after their release and potentially were attributed to them. And it wasn’t a particular shock to see that connection, being that both were convicted burglars before being let out.

And no sooner did John Bel and his people spring these guys but they immediately set to work pillaging the north side of Monroe.

The state representative from that neck of the woods, Jay Morris, was less than amused…

Among the comments below Morris’ Facebook post are expressions from Rep. Kenny Havard and Rep. Kirk Talbot…

As we noted when the Smokey White fiasco surfaced in the public’s notice, it’s not going to play out as though the criminal justice reform package was the culprit here, though in the case of Morris, Havard and Talbot that’s what’s happening. Ultimately the consensus that will build will be the reason for all the Alstons, Caperses and Smokey Whites returning to crime immediately upon their release will be Edwards’ irresponsible implementation of it. Sen. John Kennedy, who is pretty clearly setting the stage for a run at Edwards’ job, jumped on the issue with both feet at the end of November.

Whether that’s even true or not won’t matter. Because those Republicans who voted for the criminal justice reform package aren’t going to defend letting White, Alston or Capers out of jail, and they’ll need to blame somebody else for the bad results. So they’ll blame Edwards and say he isn’t doing it right, and that what he’s doing isn’t what they voted for.

And do you know who’ll defend the governor? The liberals, and nobody else. Do you know how many liberals there are in Louisiana outside of the state’s newsrooms and faculty lounges? Not a lot. And the defense isn’t going to be all that helpful; it’s going to be a comeback against the leges who voted for the reform package they’re criticizing Edwards for that “Oh yes you did vote for this, and you’re a traitor! Which might very well lead to the punishment of some of the Republicans who backed the package, but that hardly exonerates the governor.

Ultimately, everybody will abandon Edwards on this. Everybody. Particularly when the next alumnus of his Mariel boatlift into Louisiana’s neighborhoods, or maybe the next one after that, turns out to kill someone, which is inevitable. The criminal justice reform package might well have been a bipartisan project, but the blame for it will all fall on the governor. And no, that isn’t an expression of sympathy – not when he’s spent a piece of his time this fall going to Washington to be feted for his enlightened attitude on prisons.

Interested in more news from Louisiana? We've got you covered! See More Louisiana News
Previous Article Landry Steps Into Fight Over John Bel Edwards And His Medicaid Contracts
Next Article It’s Time We Had “The Talk”… You Know, The One About 2019