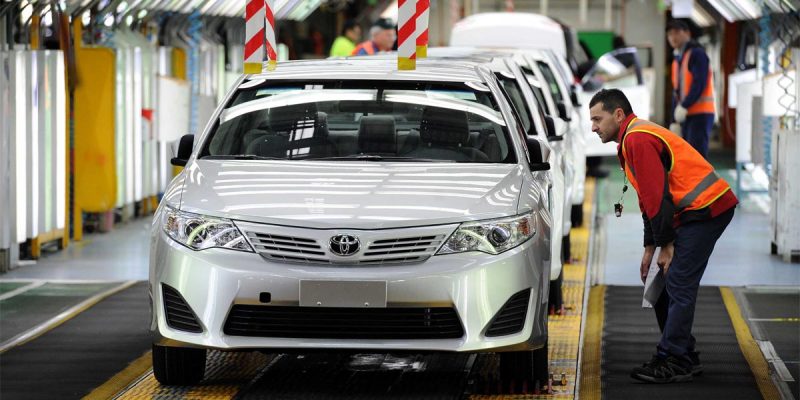 Do you remember that famous book – “A Tale of Two Cities?” A blog entry yesterday from LSU-Shreveport political science professor and Baton Rouge Advocate conservative columnist Jeffrey Sadow tells a tale of two states; one an economic failure with no visionary leadership and another of a state, poor in assets, but focused on a growing economy.

The incentive package that Louisiana offered to attract a new Toyota/Mazda planthad nothing to do with why the state lost out to Alabama. That Louisiana has an uncompetitive tax code, badly needs tort reform, and has uncertainty surrounding its industrial tax exemption program has everything to do with its jilting.

a and Mazda announced Alabama had won over the joint plant’s siting. Louisiana offered a deal around a half of a billion dollars to land the $1.6 billion enterprise, but lost out to a deal Gov. John Bel Edwards Administration officials described as comparable in value. It included $110 million in land, $91.8 million worth of jobs training, $45 million in machinery, equipment, and land grants, employment tax credits worth $173.1 million, and $90.6 million in tax abatements, likely through the Industrial Tax Exemption Program.

Toyota already had a plant in Huntsville, and Alabama has other car assembly facilities. Then again, Shreveport has the idle former General Motors plant, although local politics with Caddo Parish assuming the role of venture capitalist that attracted a three-wheel automobile manufacturer to that facility that probably never will produce a single vehicle may have discouraged the joint venture from utilizing that location.

Louisiana lost not because Alabama could offer more in the way of incentives or because it did not have existing expertise in car building. Rather, it compared poorly with Alabama concerning its tax structure and legal systems.

When companies want to move or grow they have a checklist of metrics that helps them determine where they can expect to be the most profitable.

Because we are last in almost all economic measures we are seldom competitive in such a comparison. Exacerbating the problem, the leadership of this state is not demonstrating the interest nor the ability to address those huge negatives.

In the case outlined in this attachment, Louisiana offered Toyota about $500 million to offset our very poor business climate. In typical fashion instead of correcting the things that make us unattractive to job creating business we try to buy business with cash. We do so by offering an amount we believe is equivalent to offset the economic negatives that our state refuses to correct. So in the extant case we believed that Toyota would need at least a half a billion dollars to offset our self-inflicted structural deficiencies.

Toyota did the same analysis and they determined that our half a billion was not enough. That is probably because our logic is faulty. Major companies don’t evaluate an investment in only terms of up-front cost. They view them in terms of 30-to-50 year cost cycles. By their decision, it is clear that Toyota believes that over those decades Louisiana is far too expensive to be involved with and they took their 4,000 high-paying jobs to Alabama. Actually as US car manufacturing has moved south, ALL manufacturers have come to that same conclusion.

So there it is in terms quantified for all to see. A half a billion dollars is not enough in the mind of a major corporation to make up for our deficiencies. Now we don’t have to wonder what our shortfalls cost us. We know that even $500 million cannot buy our way out of reality.

The next time you hear the governor complaining about why the legislature won’t grant him ever more tax money to continue Louisiana’s status quo, ask yourself – what is he trying to tell me? The answer is that he believes that just pouring more money into our failed policies will make all things better. It will not and we cannot buy our way out!

The facts are plain – the antiquated philosophy that he espouses is what has led us to the point that we are not economically competitive. And being non-competitive economically costs us so much more in misery for our people.

Ask the governor why we are a state rich in assets and yet poverty stricken. Understand that because we are being told that by continuing the governor’s “Louisiana Way” it is somehow good. But those pesky numbers don’t lie, we can’t even attract a company with $500 million because it will cost that company much more than that to be in Louisiana in the long term. And the result is 4,000 Alabama citizens will be making those higher wages and the state and locales in Alabama will be garnering all that additional tax revenue.

Economic principles are very simple – but the penalty for failing to adhere to them is merciless.

Interested in more news from Louisiana? We've got you covered! See More Louisiana News
Previous Article I Only Got One Boudreaux & Thibodeaux Joke For Y’all…
Next Article The Mary Landrieu-Bayou Bridge Lobbying Kerfuffle