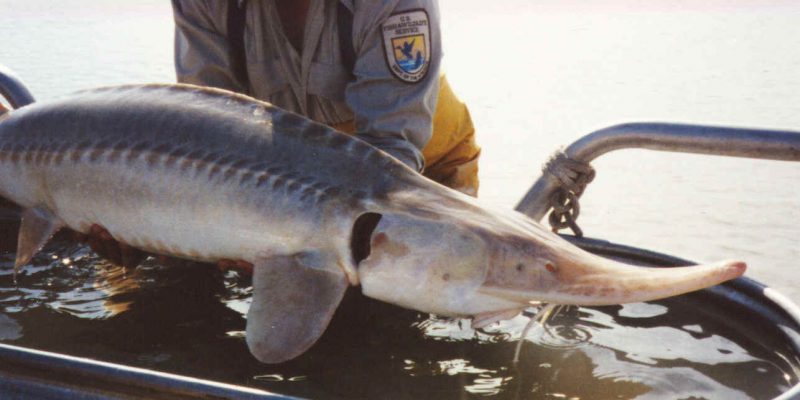 Russia is not only controversial when it comes to its dealings with Hillary Clinton and the Democratic Party. Its fish are controversial too, and one in particular is banned from Louisiana waters. But some want to un-ban it and raise it in Louisiana waters, which could destroy native fish and habitats.

Why is a Russian fish so controversial? It’s eggs are like gold.

The Sterlet sturgeon is a popular source of caviar that is raised in the Caspian and Black Sea regions. It can grow to 20 feet in length. Its salt-cured eggs are in high demand and could bring in a significant source of revenue for the state. One ounce of caviar sells for roughly $100.

There will always be a market for caviar. If we find a way to sustainably raise caviar … it’s not just good for a few but for everyone.

The species is already in high demand, as poachers have introduced it into Pacific Northwest states. But Wildlife and Fisheries’ biologists argue that the environmental risks outweigh the financial gain. Its head of the fisheries division, Patrick Banks expressed “severe concerns” to the commissioner last winter.

The primary concern is that Russian fish could reduce the native sturgeon population, especially the two that are already on the endangered species list. The Russian fishes’ need for food and habitat could wipe out their American cousins.

One species protected by the U.S. Endangered Species Act (ESA) is the pallid sturgeon, which has nearly disappeared from the the lower Mississippi River basin. This sturgeon can outlive humans, living to 100 years-old.

Another ESA threatened species is the Gulf sturgeon, whose name indicates its primary habitat: the Gulf of Mexico. It spawns in Louisiana rivers and can grow to up to 200 pounds. (NOLA reports that BP “is paying $15 million to restore Gulf sturgeon habitat damaged by the 2010 Deepwater Horizon oil disaster.”)

The issue of caviar in Louisiana is not new. In 2012 the New York Times reported on the Louisiana Caviar Company (motto: “Laissez-les manger beaucoup Cajun caviar!”) for “earning a place on the menus at such top-notch establishments here as Commander’s Palace and Restaurant Stella.” It sells Bowfin caviar, and Michael Sichel, the executive chef of Galatoire’s Restaurant, served it at the New Orleans Wine and Food Experience.

If beluga sturgeon from the Caspian Sea, the king of them all, is paired best with Champagne, then bowfin from the bayou, some of it infused with hot pepper and served deep-fried, might go better with a beer. It represents what is a populist twist and an accommodation by chefs to the environmental and ethical realities that come with serving Russian and Iranian caviar.

The founder of the Louisiana Caviar Company, John Burke, can produce 20,000 pounds of caviar in a good year. In a bad year, 2,000.

A public hearing was held on Jan. 24th in Baton Rouge, and if approved, Russian fish could be introduced into Louisiana waters early this year.

The agencies and groups that oppose the plan include the U.S. Fish and Wildlife Service, the Louisiana Wildlife Federation (LWF), the Nature Conservancy of Louisiana, and the American Fisheries Council’s Louisiana chapter.

The public can weigh in on whether or not they want Russian fish to invade Louisiana waters by contacting the Department of Wildlife and Fisheries and Jerri Smitko.

Interested in more news from Louisiana? We've got you covered! See More Louisiana News
Previous Article It’s The Incompetence, Stupid
Next Article Antifa and Jarvis DeBerry Are Not Happy About The Lee Circle Mardi Gras Beads