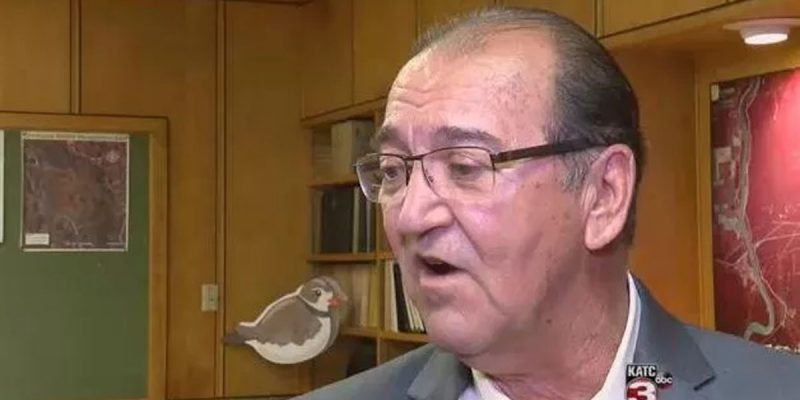 Earlier in the month of March, a story started gaining traction that Sec. Jack Montoucet, Louisiana Department of Wildlife and Fisheries secretary, was planning to consolidate the offices of the LDWF in New Iberia and Opelousas into a location that was being purchased in Lafayette.  The reason?  Sec. Montoucet has stated that he is unable to expand the location in New Iberia, repairs that are necessary for both locations and the need for a centralized location outside of Baton Rouge.

As a result of the decision to close both locations, parish and city leaders from both areas met with Sec. Montoucet to discuss their concerns.  Among those in attendance was Port of Iberia Director and former State Senator, Craig Romero.  Romero offered property within the Port of Iberia to the LDWF in order to keep the department within Iberia Parish, which was done free of charge. This was offered as a result of the assistance the State of Louisiana has given the Port of Iberia with development costs for many years in the past. The Port felt it was time to repay for all favors in the past. Sec. Montoucet did not respond to that offer.  Additionally, the state owns vacant property in New Iberia that was being used for vocational training.  The campus is large enough to house the operations that are needed in Iberia Parish and can easily meet the needs that Montoucet has stated he requires.

The problem with this whole issue is that, on an almost daily basis, we are reminded by Gov. John Bel “Honor Code” Edwards that the state is broke.  The property in Lafayette LDWF is moving into is valued at $7 million and is located in the heart of the city.  Does anyone with a modicum of intelligence think that this is a good idea?  How is it efficient to send boats from Lafayette to respond to calls in Loreauville, Jeanerette or areas in the eastern part of Iberia Parish?  How is it safe to be pulling boats through Lafayette to Dulles Drive?  Some of these boats are over 40 feet long and require a permit to be moved.  How are we going to pay for this location?  Oh, I think I know how.  Raise “fees.”

Montoucet has floated the time-honored tradition here in Louisiana of raising fees, this time on the backs of hunters and fishermen in the Sportsman’s Paradise.  Per this piece from The Advocate, the following is being proposed:

License fees for basic fishing would rise by 42 percent and 33 percent for hunters under a proposal outlined Monday by the secretary for the state Department of Wildlife and Fisheries.

Jack Montoucet, a former state legislator who leads the agency, said the increases are needed to offset a wide range of financial problems, including the loss of $65 million since 2009 because of state budget problems.

This seems like nothing more than another attempt to spend money on the backs of the taxpayers of the State of Louisiana.  When are we going to stop letting these “public servants” shove it to us on a consistent basis.

Similar to the “Drain the Swamp” campaign that is trending regarding Washington, D.C., we need to “Drain the Stick” here in Louisiana.

Interested in more national news? We've got you covered! See More National News
Previous Article WAGUESPACK: Give Credit Where Credit Is Due On Pension Reform
Next Article The Good News Is Louisiana Could Get A Constitutional Convention, But The Bad News Is…