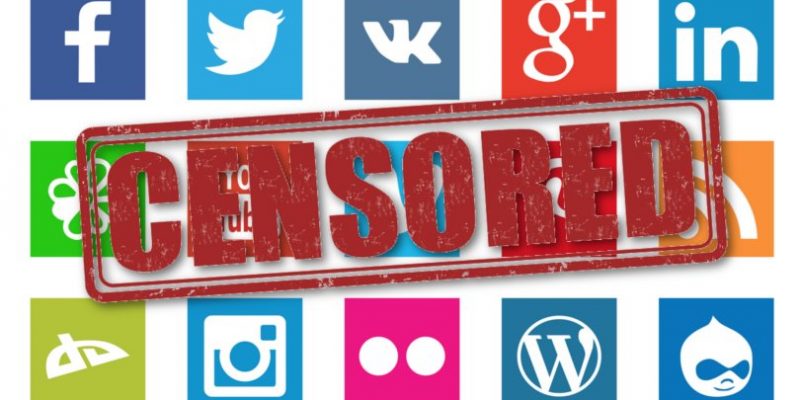 The free speech alternative to Twitter, Gab.ai (free media for all), posted several stories online to make the public aware of which companies are being paid to censor the Internet. They include the Anti-Defamation League (ADL), the Southern Poverty Law Center (SPLC), Facebook, Google, Microsoft, Twitter, and YouTube.

Pointing to press releases the companies posted about their efforts to identify and censor what they deem as “cyberhate” their “trusted flaggers” are aggressively taking down user content without their knowledge. Google search terms are suppressed, whereas others are placed higher on a list of search results, Twitter is deleting or “shadowing” certain users’ tweets, Facebook changed its news feed policy to suppress conservative news outlets.

Facebook, Google, Microsoft, Twitter are working with the ADL to establish a Cyberhate Problem-Solving Lab “to counter the growing amount of hate speech online.” Who are the censors? They are called “engaging engineers” whose job is to focus “on technical solutions.”

The initiative is headquartered at ADL’s Center for Technology and Society in Silicon Valley. Their efforts are intended to follow ADL’s Best Practices for Challenging Cyberhate. ADL established the guidelines in 2014 for the tech industry “to help prevent the spread of online hate speech.”

The Daily Caller reported that the Southern Poverty Law Center is assisting YouTube in policing content on its platform. SPLC has more recently come under fire for labeling legitimate conservative organizations as “hate groups” the Daily Caller reported, listing them among “one of the more than 100 nongovernment organizations (NGOs) and government agencies in YouTube’s ‘Trusted Flaggers’ program.” They police YouTube for “extremist content” that ranges from what they define as hate speech to terrorist recruiting videos.

The Washington Examiner’s Emily Jashinsky said, “the SPLC’s claim to objectivity is nothing less than fraudulent, a reality that informed observers of its practices from both the Left and Right accept.”

All of the groups in the program have confidentiality agreements, a spokesperson for Google, YouTube’s parent company, previously told TheDC.

The program goes back to 2012 but exploded in size in recent years amid a Google push to increase regulation of the content on its platforms, which followed pressure from advertisers. Fifty of the 113 program members joined in 2017 as YouTube stepped up its content policing, YouTube public policy director Juniper Downs told a Senate committee in January.

We work with over 100 organizations as part of our Trusted Flagger program and we value the expertise these organizations bring to flagging content for review. All trusted flaggers attend a YouTube training to learn about our policies and enforcement processes. Videos flagged by trusted flaggers are reviewed by YouTube content moderators according to YouTube’s Community Guidelines. Content flagged by trusted flaggers is not automatically removed or subject to any differential policies than content flagged from other users.

Policing primarily occurs using algorithms, but it is the people who program these algorithms who formulate criteria using certain words to flag individuals en masse. And their bias is directed primarily at conservatives. Even mainstream media contributors have noted this:

At a time when the line between ‘hate group’ and mainstream politics is getting thinner and the need for productive civil discourse is growing more serious, fanning liberal fears, while a great opportunity for the SPLC, might be a problem for the nation.

And, Bloomberg columnist Megan McArdle also noted that “the SPLC commonly lumps in principled conservatives alongside actual racists and extremists.” She warned that tech companies would be relying on the SPLC’s misleading definitions to create the algorithms.

Interested in more national news? We've got you covered! See More National News
Previous Article APPEL: A Report From The Trenches – Medicaid Expansion
Next Article The Clyde Giddens Case, Which Is About To Come Before The Parole Committee Tomorrow, Is Pretty Embarrassing To Tyler Bridges