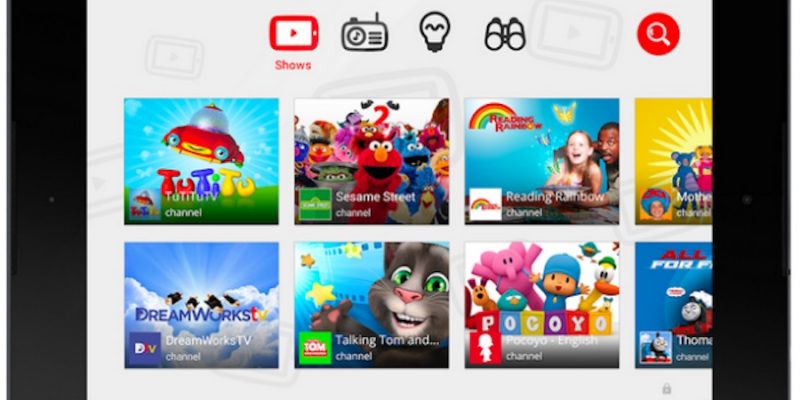 Twenty advocacy groups are arguing that YouTube is illegally gathering information on children while they watch videos on online. The groups on Monday asked the Federal Trade Commission to investigate the Google subsidiary for violating the Child Online Privacy Protection Act (COPPA), and seeking enforcement action that would result in “tens of billions of dollars,” according to a report by Mediapost.

COPPA took effect 18 years ago and limits how a company can collect data about children under age 13. Companies are required to notify parents and receive their consent in order to collect data on children– like personal and geolocation information, unique device identifiers and mobile telephone numbers. But these companies, and YouTube, haven’t been following the law, the advocates argue. They point to popular “child-directed channels” like LittleBabyBum and FunToys Collector Disney Toys Review as examples.

The Center for Digital Democracy, Campaign for a Commercial-Free Childhood, Electronic Privacy Information Center, Public Citizen and 19 other organizations alleged in their complaint that:

There is no question that a significant portion of YouTube is directed to children. Google has made substantial profits from the collection and use of personal data from children on YouTube. Its illegal collection has been going on for many years and involves tens of millions of U.S. children.

YouTube’s terms of service state that the site isn’t intended for children under age 13. Instead, they are encouraged to use YouTube Kids, which launched in 2015 and doesn’t allow behaviorally targeted ads. It states, “If you are under 13 years of age, then please do not use the service. There are lots of other great websites for you.”

According to Mediapost, a YouTube spokesperson said that “protecting kids and families has always been a top priority for us. We will read the complaint thoroughly and evaluate if there are things we can do to improve.”

The complaint references a Common Sense survey, which asked parents if their children under age 18 watch videos on YouTube, and, if so, on which site– YouTube or YouTube Kids. Of those who responded, 44 percent said their children use YouTube.com.

“There is no reason to think that YouTube treats information collected from children any differently than that collected from other users. Since YouTube collects personal information from all viewers … without first giving notice and obtaining parental consent, it is not in compliance with COPPA,” the complaint states.

Parents can file a complaint with the FTC and with YouTube for violating COPPA.

The Los Angeles Times points out that television networks run ads during cartoons and other programs aimed at children, but the difference is that they don’t collect data protected by privacy rights. YouTube’s business model, it notes, “relies on tracking IP addresses, search history, device identifiers, location and other personal data about its users so that it can gauge their interests and tailor advertising to them.”

“I think the day of reckoning has arrived,” said Sen. Edward Markey, a Massachusetts Democrat who co-wrote the 1998 law and says he wants the FTC to look into the YouTube complaint, according to the Los Angeles Times. “Americans want to know the answers as to whether or not the privacy of their children is being compromised in the online world.”

Consumer advocates argue that the “Google Preferred” program allows advertisers to pay a premium to have their ads run on the most popular videos, which includes a “Parenting & Family Lineup.” This option features channels like ChuChu TV, Fox’s BabyTV and Seven Super Girls, which are being watched by children under age 13.

“It’s laughable if Google execs claim that they think the parent is in charge of the online viewing behaviors of tens of millions of children,” Chester told the Times. “Children are watching this content by themselves. Google is trying to look the other way.”