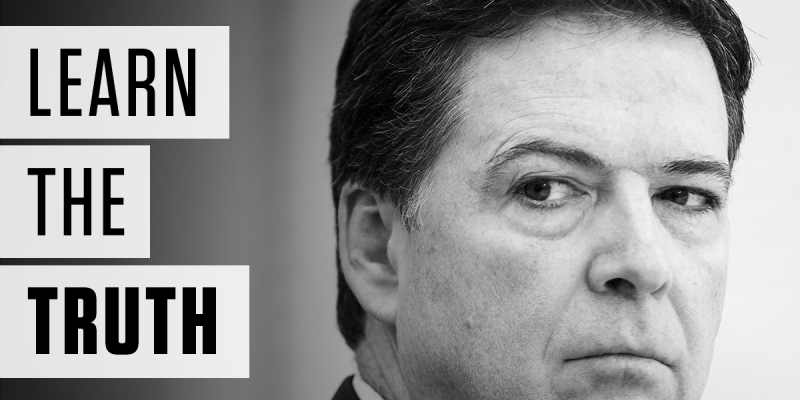 The Republican National Committee, the official arm of the Republican Party is gearing up for an offensive against former FBI Director James “Lyin’ Comey” ahead of his book’s release this week. The term was originally used successfully by Donald Trump as a weapon against his rival in the primary election, Ted Cruz.

According to an RNC official, the GOP plans to use their new website, www.LyinComey.com to fact check Comey’s book using “rapid response” to point out any contradictions, inaccuracies or misstatements in an effort to wear down the book’s credibility and more importantly, that of the former FBI chief.

“James Comey’s publicity tour is a self-serving attempt to make money and rehabilitate his own image,” said RNC Chairwoman Ronna McDaniel. “Comey is a liar and a leaker, and his misconduct led both Republicans and Democrats to call for his firing. If Comey wants the spotlight back on him, we’ll make sure the American people understand why he has no one but himself to blame for his complete lack of credibility.”

In an interview with ABC News on Sunday, Comey said that President Trump is such an indiscriminate liar that he sometimes doesn’t even know he’s lying. He said Trump was “morally unfit” to hold his office and that “the problem with this President is that he will stain everyone around him.”

“Slippery James Comey, a man who always ends up badly and out of whack (he is not smart!), will go down as the WORST FBI Director in history, by far!”

“The big questions in Comey’s badly reviewed book aren’t answered like, how come he gave up Classified Information (jail), why did he lie to Congress (jail), why did the DNC refuse to give Server to the FBI (why didn’t they TAKE it), why the phony memos, McCabe’s $700,000 & more?”

The former FBI Director put himself between a rock and a hard place over the past two years. By investigating and then re-opening the investigation into 2016 Democrat Presidential nominee Hillary Clinton’s email server, he created enemies on the left. By allowing his relationship with President Trump to become so strained that it led to his firing, he created enemies on the right. And now, by getting into a heated back and forth with the President, Comey has rallied Trump’s base and possibly done the GOP yet another favor after what seemed like a possibly rough upcoming election in November.
Interested in more national news? We've got you covered! See More National News
Previous Article CROUERE: Ryan Should Resign Now So The GOP Can Save Its House Majority
Next Article Russia Launches New Cyber Attacks Against US, Allies