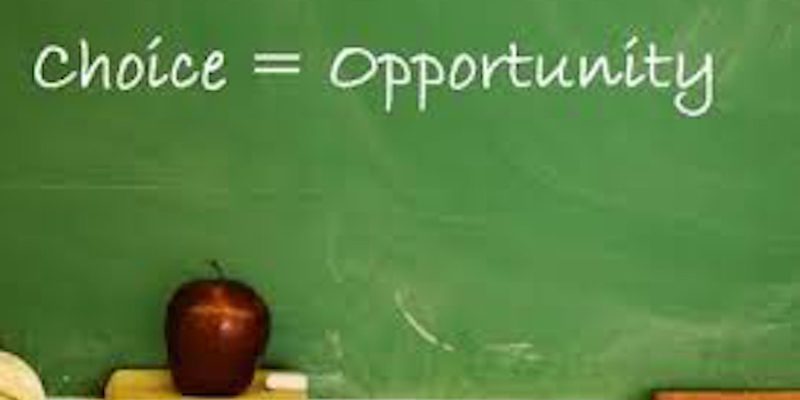 National surveys and statewide reports indicate that the majority of likely voters support the use of taxpayer money to fund school choice programs.

Education Savings Accounts (ESAs) are one type of school choice program parents are using nationally to customize their children’s education, and the majority of those surveyed cite positive results. Roughly one dozen states have ESA programs in place; six states have enacted ESA laws, and at least 22 state legislatures are considering ESA legislation.

ESAs are state funds that allow parents to spend their tax money on a range of approved education services. ESAs can be customized to meet varying needs, ranging from paying for tutoring or speech therapy, purchasing curriculum, or paying for online or private school tuition, among other programs.

“While voucher programs, tax credit scholarships, charter schools and the like have done wonders in improving education, states with such programs in place should not stop there,” Rayanne Matlock, operations manager at Americans for Tax Reform, said. “Though ESAs and vouchers have some similarities, ESAs take school choice a step further.”

That next step is customization, Adam Peshek, managing director of Opportunity Policy at ExcelinEd, says.

“ESAs allow parents to plan for their child’s unique needs,” Peshek said. “They create an entirely customized and flexible approach to education, where the ultimate goal is maximizing each child’s natural learning abilities. Such out-of-the-box approaches to education are not possible through the traditional public school funding model in which parents are limited to options provided by their school districts. Through an ESA, education is no longer ‘use it or lose it.’ Parents decide where the best values are, and they have the ability to direct their child’s funds in the most efficient way.”

ESA programs initially were designed to assist families with special needs children. Some states, like Arizona, Tennessee, Florida, and Mississippi, solely limited the program to students with special needs or military connections. Some states adjusted or expanded their initial ESA program or added a second program to meet more specific needs for children with dyslexia, autism or other learning disabilities.

While many states have ESA programs, only six have enacted ESA laws. The first state to do so was Arizona in 2011, followed by Florida, Tennessee, Mississippi, Nevada, and North Carolina. Several legislatures, like New Hampshire and Pennsylvania are considering different ESA bills; others like Virginia, have voted against ESAs.

In 2015, the Nevada State Legislature passed its ESA law, which was challenged in court. One year later, the Nevada Supreme Court ruled  the program was constitutional, which subsequently allowed all students to utilize it. Matlock argues that the Silver State has “perhaps the most robust ESA program: all 450,000+ K-12 students in the state are eligible to register, no matter their circumstance.”

In Arizona, the Goldwater Institute and Friedman Foundation surveyed families with special needs students in 2013. They found that parents using the ESA program were overwhelmingly satisfied. Among those surveyed, 71 percent said they were “very satisfied” with the current education their children were receiving compared to the education they received in their previous public school. One reason the report indicates is due to “Parents’ flexibility to choose among educational providers such as schools, personal tutors, educational therapists, and online classes is a unique feature of ESAs.”

Earlier this year, the American Federation for Children, a nonprofit school choice advocacy organization, and the Democratic polling firm Beck Research, released the results of their fourth consecutive annual poll on school choice: 63 percent of likely voters support it. Support for ESAs has continued to grow since 2016, increasing from 65 percent supporting the program to 69 percent in 2017 to 75 percent in 2018.

A 2015 Schooling in America survey revealed that a significant majority of taxpayers nationwide supports the use of taxpayer money to fund school choice programs, approves of parents deciding which schools provide the best education for their children, and affirms that these choices lead to better outcomes for students.

A 2017 McLaughlin & Associates poll of Pennsylvania residents showed similar results. Two-thirds (66 percent) of the state’s likely voters answered that they supported local governments establishing ESAs to allow parents to use state education dollars toward the education of their choice. The question was phrased to note that parents would only receive funds that the state would have otherwise spent on their child if they stayed in public school.

Opponents of ESAs, like the American Federation of Teachers and the National Education Association, argue that voucher programs don’t offer benefits to students that they otherwise would receive in public schools. They assert that ESAs drain public money and “divert essential resources from public school.”

Professors Oscar Jimenez-Castellanos of Arizona State University and William J. Mathis and Kevin G. Welner of the University of Colorado Boulder raised concerns about ESA programs in their recently published brief, The State of Education Savings Account Programs in the United States. They argue that ESA programs “lack accountability structures,” potentially “affect social and economic stratification in schools and society,” and have little-to-no non-empirical analysis.

They maintain that the majority of “currently available ESA literature has been provided by conservative think tanks, whose explicit goal is to advance free-market school choice reform. ESA programs embrace privatization and non-transparency by design. Accountability systems are absent, and data are limited; the lack of data and reporting will impede research on how these policies affect students, schools, and states.”

But Ben Scafidi, an economics professor and director of the Education Economics Center at Kennesaw State University and fellow at two policy foundations, points to “a body of empirical research that disproves their claims. He writes that out of 33 studies, all but two indicate that every type of school choice program, including school vouchers or tax-credit scholarships, have improved academic outcomes for all students, regardless if they use these program or not.

A 2016 report produced by the New York Federal Reserve indicates that education funds that follow children to their schools of choice creates an incentive for public schools to improve.

Interested in more national news? We've got you covered! See More National News
Previous Article Will Wade And LSU Basketball Just Took A Commitment From A Kid With A 50-Inch Vertical Leap
Next Article APPEL: “Diversity,” Decline And The Failure Of New Orleans’ Politicians