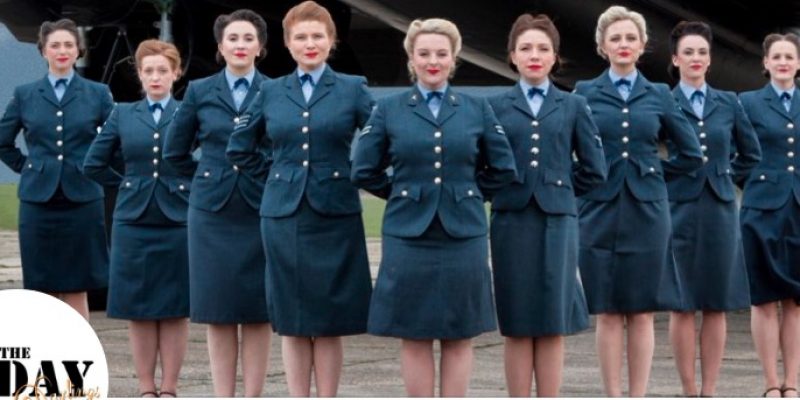 British singers in the D-Day Darlings choir will bring a smile to your face, and remind us about our grandparents’ and great-grandparent’s generation who served in WW1 and WW2. Nine women, whose grandparents and parents served in the military, sing songs from the 1940s, which transports listeners to a day of old. The Darlings perform classic WWII songs such as Vera Lynn’s We’ll Meet Again and Land Of Hope And Glory.

Hear their audition for Britain’s Got Talent:

The group was formed by Katie Ashby in 2008 as a trio. It expanded to include other singers, Charlotte McKay, Emily Louise Brown, Alexandra Hans, Jessica Hudson, Emily Jane Brooks, Kylie Bates, Louise Kindsvater and Nichola Roberts.

They have appeared at the Imperial War museum, The Black Country Museum, The RBL’s Fesival of Remberance, Royal Hospital Chelsea and RAF Cosford’s Veterans Parade. So far they have raised £40,000 for The Royal British Legion charity which supports the armed forces.

Interested in more national news? We've got you covered! See More National News
Previous Article The Attempt At A Compromise Tax Bill Failed, And Here’s Where Louisiana Is With Its Budget Crisis
Next Article Best States 2018: Louisiana Ranked Dead Last