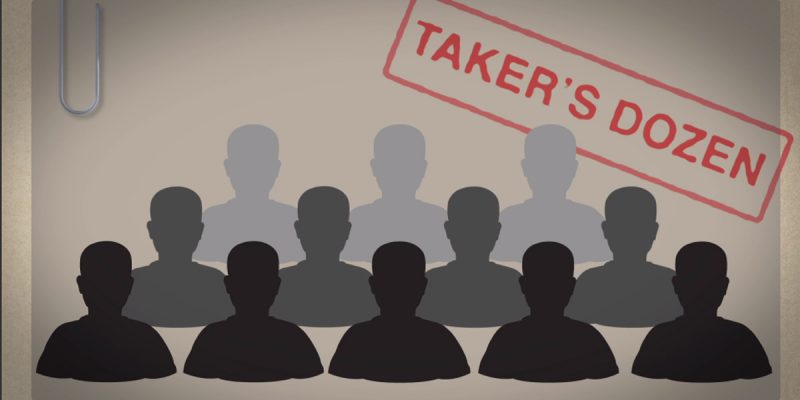 An interesting dynamic is playing out within the Republican Party in Louisiana as the current special session lurches forward on the legs of an unpopular tax increase bill to fund Democrat Gov. John Bel Edwards’ spending demands. Namely, voters and activists on the GOP side aren’t being overly charitable toward their elected representatives for their willingness to raise taxes.

There has been some reasoned debate over whether it’s prudent to take an absolutist position against Edwards’ rather extreme position on spending – namely, that he’s made lots of cuts to the state budget even though it’s considerably larger than it was when he took office and that nothing in the budget represents waste or fraud.

Inside the Capitol building, there are Republicans who say Edwards has to be fed something so that he can’t make the claim it’s Republicans’ fault he’s evicting old ladies from nursing homes or feeding developmentally disabled children to the alligators. They rightly argue Edwards’ histrionics won’t be covered for the demagoguery they are by the state’s legacy media and because of that Republican legislators can’t hold the line at zero tax increases.

But outside the Capitol, there isn’t a lot of patience for that argument. After all, it’s more or less universally recognized that Edwards’ last efforts at demagoguing the budget issue, namely those eviction letters to the nursing home residents, backfired greatly. And the people of the state are very skeptical Edwards is running a tight ship – not when Medicaid fraud seems hyperpervasive and state agency after state agency seems to overflow with corruption. Just today the Baton Rouge Advocate, hardly a bastion of fiscal conservatism, put out a report on the Louisiana Highway Safety Commission which is a sewer of unearned overtime, freebies to state employees and straight-up shoddy management…

The audit, released to The Advocate in response to a public-records request, portrays an agency hobbled by mismanagement, shoddy record keeping and what the Department of Public Safety described as an alarming rate of turnover.  It outlined 15 “areas of concern,” including a systemic lack of payroll controls and “possible ethics violations” such as commission employees attending the Essence Festival in New Orleans with tickets provided by a state vendor.

The commission is tasked with administering the state’s highway safety grant program, an initiative intended to reduce traffic fatalities. The bulk of the agency’s funding stems from federal grants, much of which is passed on to municipalities, local law enforcement agencies and non-profit organizations.

DPS auditors examined the commissions’s finances between July 2016 and August 2017, a period in which the agency was led by Katara A. Williams, the executive director appointed by Gov. John Bel Edwards. The governor tapped Lisa Freeman, a longtime prosecutor in Baton Rouge, to replace Williams in February but made no mention at the time of the mounting turmoil within the commission.

Williams, who left the commission to work for the Southern University System, disputed several of the auditors’ findings and, in a formal response to the state, asked that some of the allegations be left out of the final report. Attorney Ike Spears, of New Orleans, wrote a response on Williams’ behalf in which he contended there were “pervasive issues” at the commission years before Williams’ 2016 appointment.

So it’s not a great surprise there would be a significant part of the Republican base which has no taste for paying more in taxes to support what can only be described as the Cleveland Browns of state governments, only at a higher price than before.

Enter Americans For Prosperity’s Louisiana chapter, which has thrown a bomb into the legislative process by rolling out announcements of membership in its “Takers’ Dozen” list of tax-raisers.

Here was the first of the “Takers’ Dozen” videos from 10 days ago, in which AFP slapped Lake Charles Rep. Mark Abraham, whose voting record is probably more middle of the road than truly fiscally liberal…

And then AFP whacked Rep. Julie Stokes last week as the second member of the Takers’ Dozen…

Then today AFP jumped over to the Senate and drilled Sen. Ryan Gatti as the third Takers’ Dozen member…

There has been quite a bit of buzz we’ve picked up among legislators that some of the more moderate Republicans are highly irritated about being called out by AFP, and the leadership is exasperated as well in dealing with their complaints.

For our part, we see this as natural – and not by any means a bad thing. For one, AFP is being entirely consistent. They’re an anti-tax, small government organization and they’re doing their job as one by calling out people whose record doesn’t match their rhetoric.

Not to mention their records don’t match their districts. Mark Abraham’s District 36 went 73 percent for Donald Trump and 77 percent for John Kennedy in the 2016 elections, for example, and 53 percent for David Vitter and 75 percent for Bill Cassidy in 2015 and 2014. That’s an average GOP top-of-the-ticket vote of 69 percent over the last four years, and it ought to demand a conservative tiger of a state representative. Abraham’s LABI score was 51 in 2016 and 100 in 2017, which shows some improvement, but he’s unlikely to have a 100 with LABI this year.

As for Stokes, her Kenner district is a 71 percent GOP district. It went 68 percent for Trump and 79 percent for Kennedy, not to mention 65 percent for Vitter and 60 percent for Cassidy. She had a 74 with LABI in 2016 and a 97 last year, but she’s also been rumored as a potential organizer of a coup to take out House Speaker Taylor Barras, she’s been vocal about Louisiana having a revenue problem rather than a spending problem and she’s brought lots of bills which would raise taxes (you don’t typically get scored for being the author of a bill one way or the other). AFP grades on a harsher curve than LABI does, and Stokes has been in poor odor with the state’s conservatives for some time for some of her statements and actions.

And in Gatti’s case his record absolutely doesn’t match the will of his Bossier City district. District 36 went 72 percent for Trump, 71 percent for Kennedy (despite Kennedy’s opponent Foster Campbell coming from Shreveport next door), 60 percent for Vitter and 69 percent for Cassidy. And yet Gatti had a 22 percent LABI score in 2016 before turning in a 96 percent number last year – a voting record he’s unlikely to match this year. Gatti was also the author of a disastrously-bad school prayer bill this year which would have certainly set the cause back because it was clearly unconstitutional; the bill was amended over his objections to remedy its constitutional infirmities.

We don’t know who the rest of the Takers’ Dozen will be, but what we do know is it’s quite likely with conservative groups aggressively fundraising for 2019 and a re-emergent state GOP looking to do an energetic candidate recruitment effort in advance of next year, some of the legislators who have taken an accomodationist position on taxes could be made to answer for it in the coming statewide cycle. How rude those questions will be might well depend on the contours of whatever budget-and-tax deal is struck in the next few days.