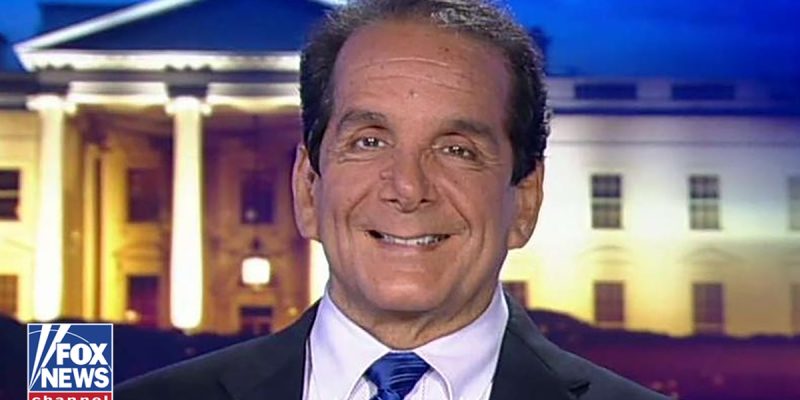 On very few occasions have I been deeply touched by the passing of a political personage whom I had never met- Ronald Reagan, Margaret Thatcher, and Bill Buckley come to mind as the only previous such instances. And to that select group I must now add Charles Krauthammer.

His imminent death had been expected; indeed we had been so bravely forewarned by the decedent himself a few short weeks ago. But anticipated or not, the loss of such a towering political intellect must always be felt as a shock on the field of public discourse.

Bill Buckley quarterbacked the team that captured the Republican Party for Conservatism in the 1960’s and 70’s. Along the way he made a lifelong admirer of a young teenager in New Orleans. I saw Bill then as a bulwark against the rising tide of a liberalism which is now in its final death-throes. A generation later Charles Krauthammer shredded progressive/socialist defenses as an intellectual power running back, an admittedly ironic but nevertheless apt metaphor in his case. By my lights Charles was the superstar of the modern Conservative team, although he could equally well sub as a libertarian on certain plays.

He succumbed at the age of sixty-eight after a heroic battle with cancer, during his far longer and even more heroic battle as a paraplegic from the age of twenty-two. Composed and brilliant to the end and not embittered by his circumstances, heroic battles were obviously his forte. His was a rare life in modern times wherein we can marvel at both his courage and his intellect. May he rest in well-deserved peace, and may we benefit by his example.