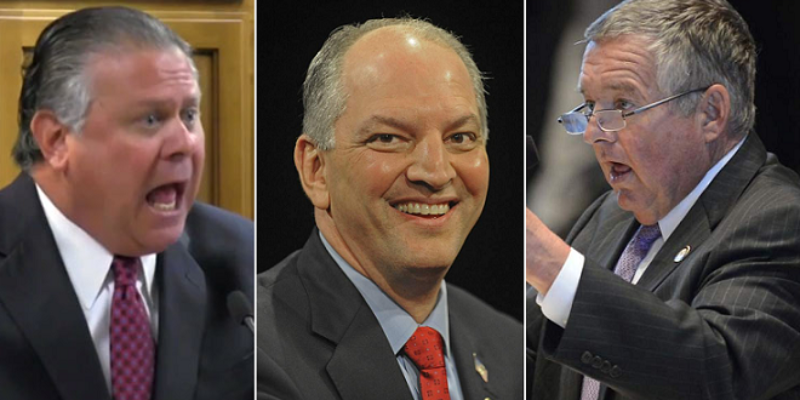 These people in Baton Rouge hate you. That’s especially true of those lawmakers who are loyal to the old Louisiana way.

Among those people who hate you is State Sen. Danny Martiny (R-Kenner). He gave an interview with WWL-AM’s Scoot where he longed for the good ol’ boy system where lawmakers gathered in a smoke-filled room and made decisions that made Louisiana last in everything good and first in everything bad. He also criticized all of us little people who dare voice their opinions on social media and organize to oppose people like Martiny.

“When I first got in the legislature, the activities of the House were pretty much determined by Sherman Copeland, John Alario, Charlie Lancaster, Peppi Bruneau, and Charlie DeWitt.” said Martiny. He said that those people came together and worked out solutions.

Nevermind those solutions were often disastrous for the state.

Martiny then went on to criticize social media. “I will tell you social media has been a terrible problem because people are affected by it.”

Martiny then blamed “partisanship” and Americans for Prosperity. “Americans [for Propserity] pretty much laid down the gauntlet for those people who are going to be running next year saying if you don’t vote the way we like, we will be spending $100,000 against you. I’m all for the Americans for Prosperity but they shouldn’t be calling the shots.” said Martiny.

Martiny also blamed business lobbyists and appeared to even call out LABI by name. He said they have too much influence.

What Martiny did was attack Louisiana citizens who organized to protect economic freedom and jobs. You can hear the disdain for the ordinary Louisianian in Martiny’s voice. He wants to go back to the bad ol’ days where the people of Louisiana shut up and supported the populist agenda. He also wants the House to just go along with the governor’s agenda.

Those days are over. The people of Louisiana are organized and are fighting against the growth of state government and the tax slavery needed to fund it. Martiny can attack Americans for Prosperity and LABI all he wants, but that doesn’t change that fact.

We also have an independent state House now. The days of just blindly following the governor are over.

Thankfully, Danny Martiny is term-limited in 2019. But there are way too many, particularly in the Louisiana Senate that thinks just like him.

We have some major house cleaning to do in 2019.


Interested in more national news? We've got you covered! See More National News
Previous Article There Are Four New Appointees To The LSU Board Of Supervisors. What Do We Know About Them?
Next Article How Petty And Vindictive Is John Bel Edwards? Just Look At His Capital Outlay Vetoes