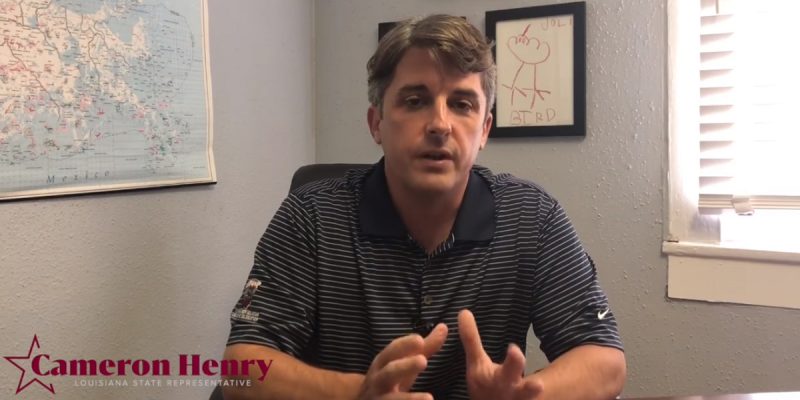 We’ve been pretty dutiful in passing along Cameron Henry’s Facebook videos over the course of the last year or so, for a couple of reasons – we think they’re a pretty good counterpoint to the legacy media narrative that Louisiana’s state government is broke and can’t survive without record amounts of taxation, and also because based on the traffic stats you guys like them as well.

But even if we weren’t in the habit of posting Henry’s videos we’d have posted this one, because it’s a damn good analogy for the budget battle going on at the State Capitol this year, a battle which will be rejoined next week when Gov. John Bel Edwards drags Henry and the rest of the state legislature back to the capitol for the third special session of the year.

It’s been a consistent message from Henry and the rest of the Republicans on the House Appropriations Committee that Edwards doesn’t really need the money he’s demanding – he wants it. And he’s demanding it by use of threats: nursing home evictions, prisoner releases, poor people going hungry for want of food stamps. There isn’t an enormous amount of good faith at work on the Fourth Floor of the Capitol where Edwards has his office and he’s exhausted more or less all of the good faith he’s got with the legislature.

The next session starts on Monday. We’ll stay on top of all the threats, rhetoric and behind-the-scenes plotting as it happens.