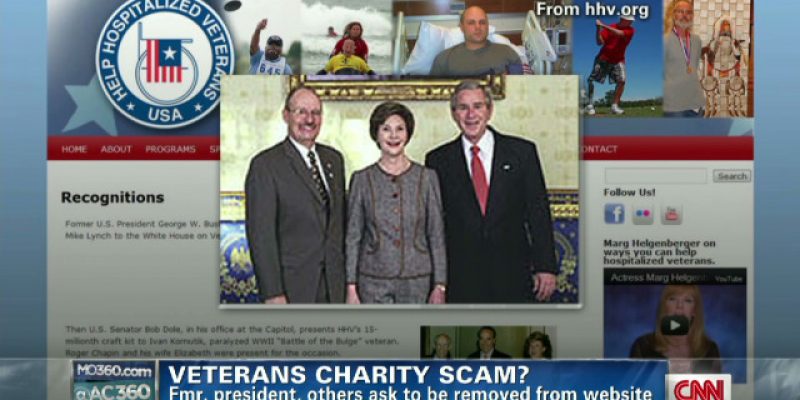 Generous, good-meaning people have been duped into donating to fake charities for veterans. As a result, the FTC announced today the “Operation Donate with Honor” initiative.

State officials and the National Association of State Charity Officials, and the FTC, launched an education campaign to help consumers make sure they are donating to legitimate charities.

Here are seven out of dozens of fake veterans charities:

1. Help the Vets, and Neil Paulson, a nationwide operation, solicited donations for its funding of veterans’ medical care, including breast cancer treatment, a suicide prevention program, retreats for recuperating from stress, and veterans fighting breast cancer. But it kept 95 percent of every donation to pay for fundraising, administrative expenses, and Paulson’s salary and benefits, according to the FTC. “The evidence shows … (the group) in reality, spent more than 95 percent paying its founder, fundraisers and expenses,” FTC chairman Joe Simons said.

The FTC and attorneys general in Florida, California, Maryland, Minnesota, Ohio, and Oregon, filed a complaint and reached a settlement with Help the Vets. It received $20 million from 2014 to 2017 and only has $72,122.36 left. Its founder, was required to pay $1.75 million from his personal assets towards one or more charities.

2. Veterans of America and its founder, Travis Deloy Peterson, was charged with illegally making millions of robocalls to encourage people to donate cars, boats and other valuable possessions, claiming they would go to veterans charities and were tax deductible. They weren’t. Peterson sold them and pocketed the money for himself.  “Indeed, it was a front for the defendant who sold those cars, boats and real estate and then used the money to line his own pockets and fund even more robocalls,” Simons said.

Veterans of America also operated under the names Vehicles for Veterans LLC, Saving Our Soldiers, Donate Your Car, Donate That Car LLC, Act of Valor, and Medal of Honor, the FTC says.

A total of 24 states reached a settlement with VietNow. It was mandated to dissolve and distribute its remaining assets to a pair of legitimate charities, Fisher House Foundation and Operation Homefront.

“VietNow was a telemarketing scheme which used professional fundraises who toil donors their donations would help local vets,” said John Wobensmith, secretary of state for Maryland, one of the states that investigated the group. “VietNow has admitted it did not fund programs assisting veterans.”

4-7: The FTC and charity regulators and law enforcement officials in every state have teamed up on more than 100 actions against dozens of fake charities, including:

The BBB and the FTC posted educational information on their websites to help consumers know which charities were safe to give to, and are actually helping veterans. 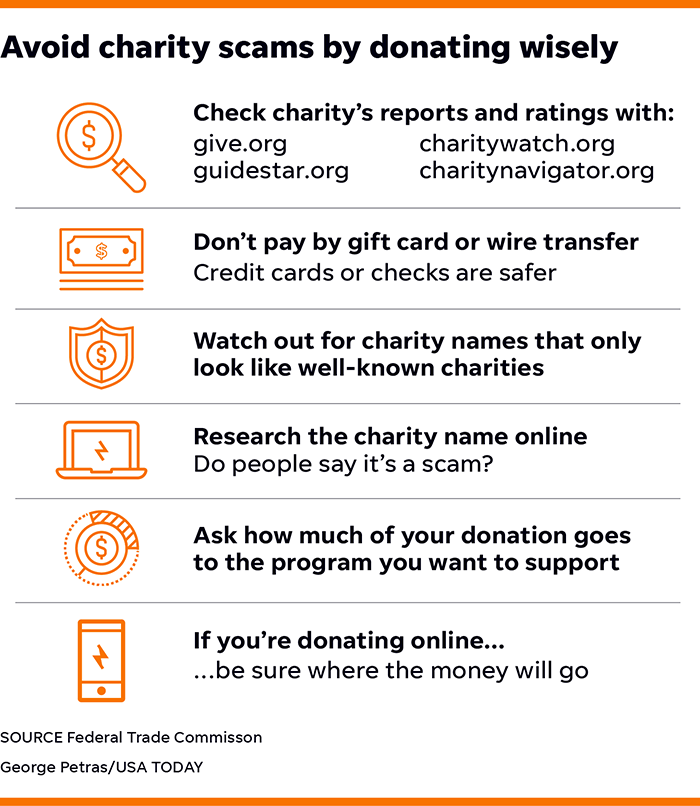 Interested in more national news? We've got you covered! See More National News
Previous Article One Day In, The Most Interesting Developments In Louisiana’s 2018 Qualifying Are…
Next Article Time lapse capture dramatic flooding in Houston [video]