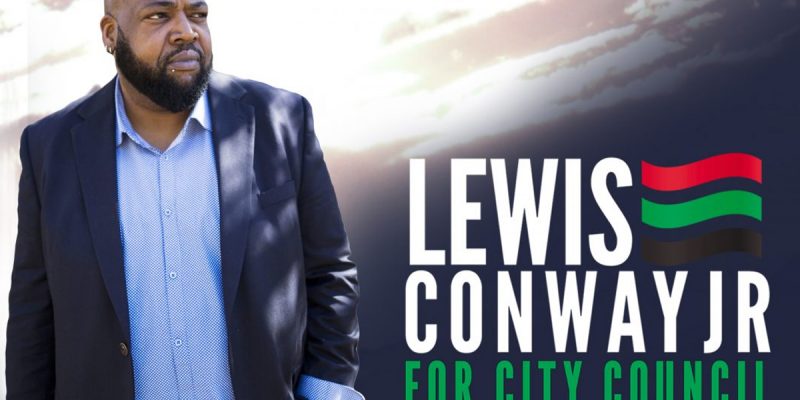 Lewis Conway Jr., a felon who was convicted of voluntary manslaughter in 1993, was approved to continue his campaign for a seat on the Austin City Council, after being illegally cleared Tuesday by Austin City Clerk Jannette Goodall.

Texas’ election code states that if a person has been “finally convicted” of a felony “from which the person has not been pardoned or otherwise released from the resulting disabilities,” they will not qualify to run for office.

The clerk approved of Conway’s candidacy after his campaign claimed that the “resulting disabilities” portion of the code was “ambiguous, unchallenged and potentially unconstitutional.”

Conway was convicted after he stabbed a man in 1991 during a quarrel over drugs at an apartment complex in Austin, Texas. He alleged that the man had stolen from him and that he acted out of self-defense.

“I am happy that Austin is standing up for the nearly four million Texans affected by our criminal justice system,” Conway said. “Our campaign is about more than just an election — it’s about diversity in leadership, belief in a fair chance, and bringing the sentence to an end. I have been released from parole and my voting rights have been restored. I have served my time and now I am ready to serve my community.”

Goodall stated in an email sent to Conway last Friday that he was unable to meet the eligibility requirements to run for office under the Texas election code and gave him until Tuesday to provide proof his eligibility. Conway submitted a response the following Monday, which said that since he has been released from “resulting disabilities” through receiving restoration of his voting rights and completing his parole that he should be counted eligible to campaign.

Though Conway’s attorneys’ claim that completion of his probation and reinstatement of his voting rights serves as judicial release from his disabilities, Texas Secretary of State Spokesperson Sam Taylor stated that there is “no legal precedent for that interpretation to stand on.” Taylor added that the office maintains that a felon who has been finally convicted is not eligible to run for public office unless they have received a pardon or a judicial release.

Despite the position held by the Texas Secretary of State’s Office, Goodall determined that there was no reason for the city to question Conway’s eligibility any further and cleared him to run for office.

Interested in more news from Texas? We've got you covered! See More Texas News
Previous Article Beto O’Rourke: There’s ‘Nothing More American’ Than Taking A Knee To Protest The National Anthem
Next Article Cruz Leads Beto By A Narrow 4% In Latest Poll