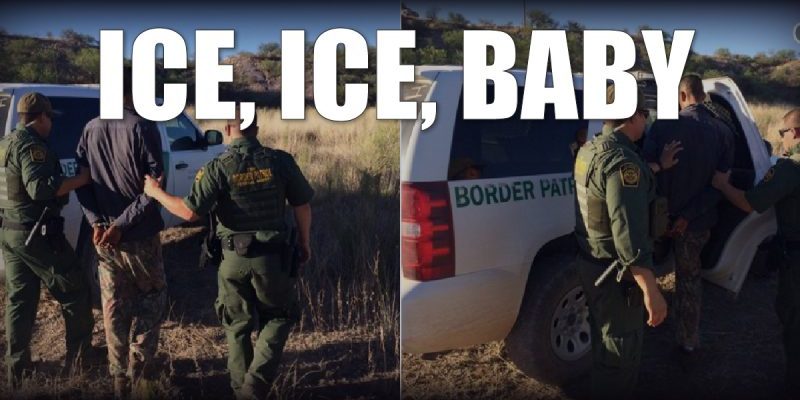 An illegal alien in Brooklyn, New York, fired a gun into the air “to frighten off gang rivals.” He was subsequently arrested on a federal charge of being in the U.S. illegally and possessing a gun. The charge carried a maximum 10-year sentence and deportation.

The illegal and Mexican national, Javier Perez, claims he is protected by the Second Amendment.

Perez filed court papers stating that New York law, which forbids gun possession “in all places, and for all purposes, violates that (Second Amendment) individual right on its face.”

In Brooklyn federal court, his defense attorney Samuel Jacobson argued, “The Framers were clear: If they meant citizens, they would have said citizens. But they didn’t. There is no suggestion that there was a concept of ‘illegal alien’ and no suggestion that if you were from a foreign country, you couldn’t bear arms.”

The New York Daily News reports, “Brooklyn federal prosecutors are furious the case has been allowed to move forward. They argue that Perez has zero Second Amendment rights because he came to the U.S. illegally.”

The prosecutors argue that Perez doesn’t have a Second Amendment right because he’s not a U.S. citizen and he’s here illegally. But, even if he was a citizen he still broke the law that dictates “crime control and public safety,” which is not protected by the Second Amendment.

Assistant U.S. Attorney Tanya Hajjar argued that illegal aliens are living above the law. She argued in court: “Those who don’t have legal status here have an interest in defying law enforcement. They have an interest in not maintaining a stable residence or registering a firearm.”

An image of the gunman on a cell phone camera hoisting a .380-caliber semiautomatic pistol looked a lot like Perez, authorities said. Perez was also previously in April 2017 on unrelated state charges. According to court records, ICE documents reveal that Perez is in the country illegally.

Hajjar said three circuit courts have rejected arguments made by other offenders like Perez’s. Two federal appeals courts have ruled the statute has reasonable public safety goals, the paper reported.

Hajjar argues that the law exists because Congress had a “strong interest” in blocking gun possession “by those who are difficult to track, with no permanent address and who may have an interest in evading law enforcement.”