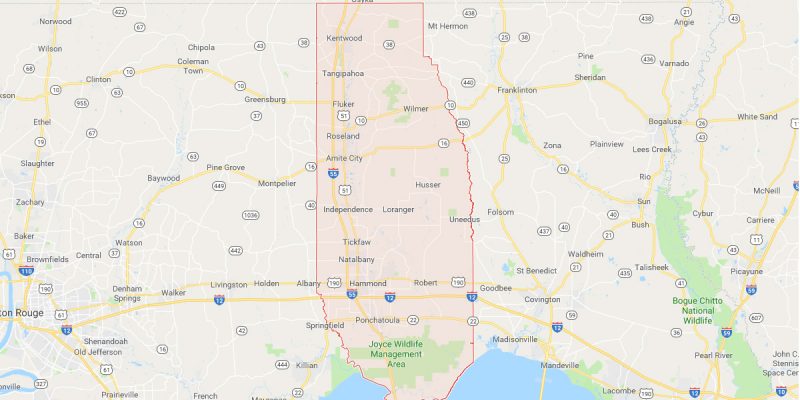 According to an article by Jim Mustian and Faimon Roberts at the Baton Rouge Advocate, the FBI is now probing the death of David Berwick, whose demise shortly following a stint in the Tangipahoa Parish Prison has become a major source of controversy involving the sheriff in that parish Daniel Edwards (the brother of Louisiana’s governor).

The FBI has opened a criminal investigation into the death of a well-known businessman whose health deteriorated during a nearly two-week stay at the Tangipahoa Parish Jail.

The businessman, David C. Berwick, died July 20, two days after authorities transferred him from the jail to North Oaks Medical Center in Hammond.

His official cause of death remains undetermined, but Berwick’s loved ones have alleged he was beaten inside the lockup. Graphic photographs have circulated on social media in recent weeks depicting Berwick in a hospital bed covered in sores.

Sheriff Daniel Edwards said Berwick, 69, had been in “poor health” when Ponchatoula police arrested him July 6 on a number of counts. The sheriff vehemently denied Berwick was assaulted at the jail, attributing his death to “natural causes.” He said neither Berwick nor any employee at the jail reported that Berwick was attacked during his time behind bars.

“Members of the public must remember (that) social media, in any form, shouldn’t be mistaken for credible news sources,” the sheriff said in a statement. “We owe it to each other, and those around us, to reserve social media for something positive rather than a vehicle to fuel gossip.”

Rick Foster, the Tangipahoa Parish coroner, said Berwick’s autopsy turned up no signs of physical trauma. Berwick’s cause and manner of death remain undetermined, however, with toxicology results pending.

Foster told The Advocate it appears Berwick died of some form of sepsis. “There is nothing to show that he was beaten,” the coroner said.

Edwards had said the coroner in Jefferson Parish came to a similar conclusion when asked to do an independent evaluation. We’ve heard some skepticism about that independent investigation – perhaps it’s just conspiracy-mongering, but Jefferson coroner Gerry Cvitanovich is known to be something of an ally to the Edwardses. Cvitanovich was one of the Jefferson public officials who backed John Bel Edwards for governor in 2015, and on July 10 he was named by the governor to the Louisiana Emergency Response Network Board. That’s fairly thin gruel for sure, but on the other hand if both Foster and Cvitanovich say there’s no evidence of foul play with respect to Berwick’s death, what’s the FBI doing investigating it?

Not to mention there’s the hospital video taken of a delirious and largely incoherent Berwick before he died at North Oaks Medical Center, in which he appears covered in sores and bruises which look an awful lot like he’d been beaten. On the video Berwick sounds as though he’s intimating there was purposeful violence administered at the jail…

As we noted a few days ago, this is just the latest investigation of strange events in Tangipahoa. There’s the FBI’s investigation of vote-buying in that parish, there’s the DEA task force case involving a steal-and-deal scam with drugs walking out of the evidence locker at the Tangipahoa Sheriff’s Office, there’s the bail bond scam in which sheriff’s deputies are accused of essentially letting prisoners bribe their way out of jail without bailing out, and now there’s the Berwick case which is only the latest of several suspicious deaths involving inmates at that prison.

At some point, it’s no longer a series of isolated events. At some point it’s a pattern and the rational conclusion becomes that Tangipahoa is the dirtiest, sleaziest and most corrupt place in the whole state of Louisiana. And at that point, the question has to be asked whether our current governor, who comes from the family which has dominated politics, law enforcement and the judicial system in Tangipahoa for decades, is involved in any of this toxic corruption.

Interested in more news from Louisiana? We've got you covered! See More Louisiana News
Previous Article APPEL: The Media Misses The Mark, As Usual, On Prison Reform Critics
Next Article Worst Healthcare In The US? Louisiana.