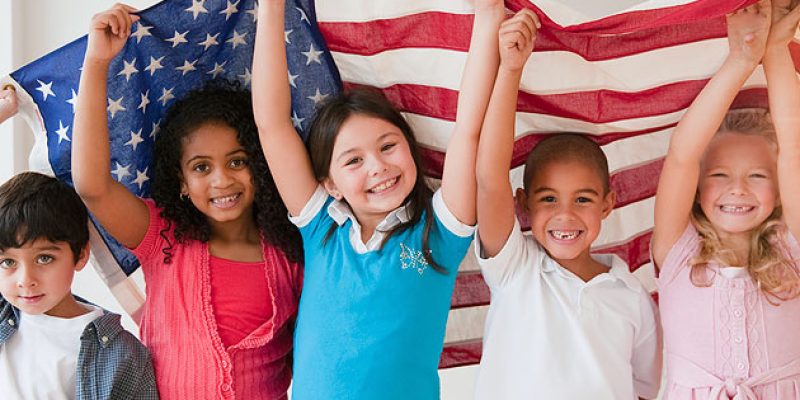 “There’s a lot of concern about why today’s young adults aren’t having as many children. So we asked them,” The New York Times writes. The Times commissioned the Morning Consult to survey young Americans to find out why they aren’t having kids.

The total fertility rate — which estimates how many children women will have based on current patterns — is 1.8, below the replacement level in developed countries of 2.1.

For those who don’t have children or want to wait, the reasons they gave include, they:

Of those who had children, most of the respondents said they delayed or stopped having children because they were concerned about not having enough time or money to adequately provide for them. 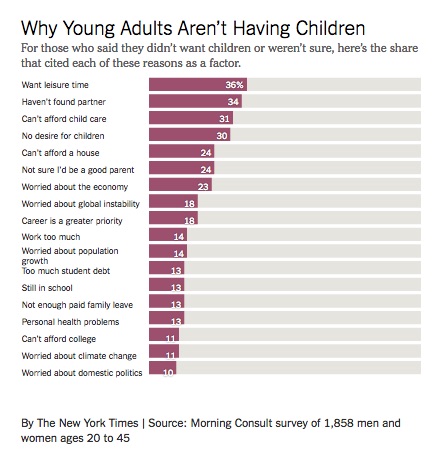 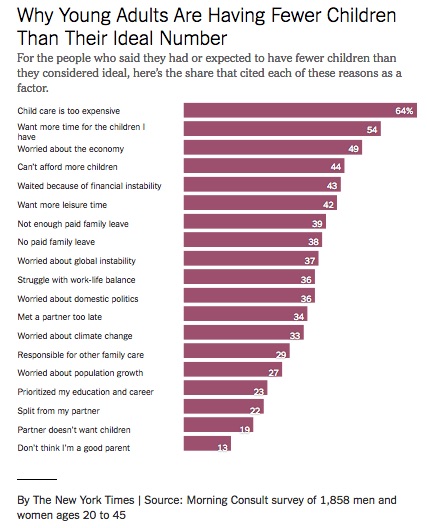 The Times points to financial reasons, stating, “Young people have record student debt, many graduated in a recession and many can’t afford homes — all as parenthood has become more expensive. Women in particular pay an earnings penalty for having children.”

Interested in more national news? We've got you covered! See More National News
Previous Article One for Caturday: Are People Obsessed with Cats? [video]
Next Article One of the best overviews of the deep state and the “new world order” [video]