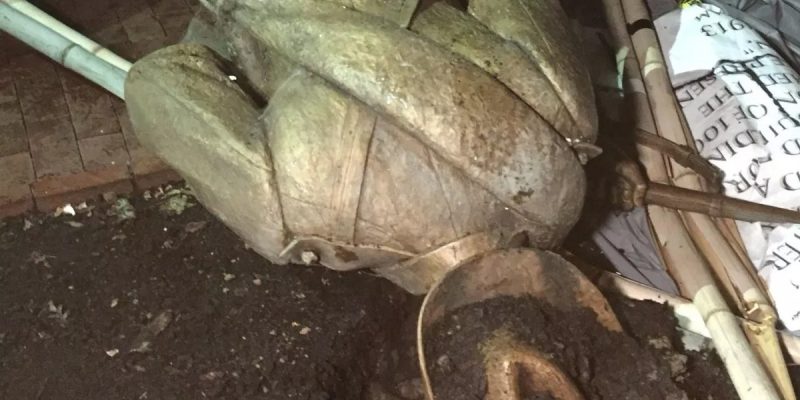 Last year, Louisiana was the topic of national discussion when then-mayor of New Orleans Mitch Landrieu turned ‘Lee Circle’ into ‘Circle’ when he had Robert E. Lee’s monument removed, which accompanied the removal of other Confederate Monuments around Louisiana and nation-wide. As of last night, thanks to students at the University of North Carolina, the discussion has been rehashed.

At around 7PM last night, a protest formed in the UNC community and quickly elevated as it gained traction, even blocking traffic for a short period. The subject of protest was in response to the continuously unheeded pleas of many community members to take down Confederate memorial statue “Silent Sam.”

Silent Sam was erected in 1913, commemorating a UNC alum who fought in the American Civil War, as well as memorializing university students in the Confederate region as a whole who interrupted their studies to answer the call of duty.

A message from Chancellor Folt on the Confederate Monument: https://t.co/Qp42b6410P pic.twitter.com/T3HoBCEfXw

The statue has been a source of controversy for decades. In March of 1965, the UNC student newspaper, “The Daily Tar Heel”, featured a discussion on the divisiveness of the monument. Since then, many in the community—students, professors, and residents alike—have requested the statue be taken down, a request that has not been acted upon.

At around 9PM, the statue was pulled down with ropes, meeting an eruption of cheers as it came crashing to the ground. Protestors began stomping the statue and covering it with dirt. Chants of “tear him down” and “I believe that we will win” echoed through the night as the protest carried on. Only one individual was arrested.

While there was no violence reported at the demonstration, UNC Chancellor Carol Folt, in her address regarding the incident, called the actions of participants “unlawful and dangerous”. While no official stance has been taken by UNC other than denouncing the physical danger involved, the long-term political consequences of these activities are just that—dangerous.

One student interviewed by WRAL recounted her experience as “amazing” for being able to witness the downfall of this symbol of ‘white supremacy’. Furthermore, a biology professor who attended expressed her support in the students tearing down of the statue, explaining that everyone has a right to be treated with dignity, and that the confederacy was not a champion of equality.

While many on the right side of the political spectrum find themselves either torn on the issue or in support of these removals, one should consider the notion that these protests are distractions from things that have much greater immediate importance in 2018. The CSA no longer exists and is therefore not a threat to the fabric of Western Civilization as many would have you believe.

Silent Sam was removed by officials this morning and law enforcement has taken to guarding monuments in the Raleigh area to prevent a second incident. Classes at UNC Chapel Hill started back today. Silent Sam’s fate is still uncertain.