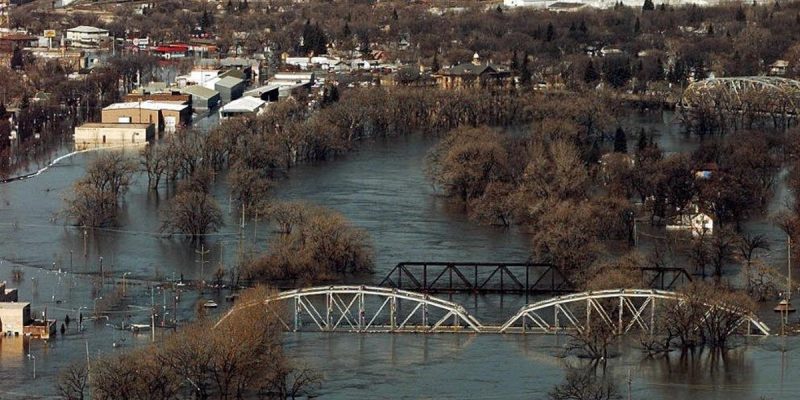 If you haven’t been following the controversy surrounding the rejected appointment of Carolyn Prator to the Red River Waterway Commission, it’s probably time to start – if for no other reason than this fiasco has now become popcorn-worthy for having drawn in all the worst people. Anytime Sen. Jay Luneau (D-Alexandria) gets involved in anything involving Louisiana politics, it’s usually a train wreck, and this is most certainly that.

The back story here is that the RRWC is one of the multitudes of boards and commissions which have some utility – at least in theory – in providing vital oversight to regional governmental functions but are all too often cozy sinecures for politically connected cronies of whichever governor may be in office. In this particular case, what the Commission does is to decide where to spend a pot of money dedicated to flood control in the seven parishes along the Red River in northwestern and central Louisiana – Caddo, Bossier, Red River, Natchitoches, Grant, Rapides, and Avoyelles Parishes. It has 11 members; one from each of those seven parishes and four at-large members. All of the members of the commission are gubernatorial appointments.

And the commissioner filling the Caddo Parish seat on the board, Mickey Prestridge, died earlier this year. According to state statutes, the governor is supposed to take recommendations from various governmental stakeholder entities and appoint from their recommendations – all of the entities in question recommended Prator, who has for the last eight years been chair of the Caddo Parish Levee Board. Not only that, when the Red River flooded back in 2016 the Prators lost their house overlooking the water, so she knows all about flooding.

Except John Bel Edwards didn’t do that. Instead, he took an at-large member of the commission, Ronald F. Lattier, and switched Lattier’s appointment to that of the Caddo seat. And then, with an at-large seat now open he appointed Michael DeVille of Pineville to the RRWC.

Who is Michael DeVille? No idea. We’ve never heard of him. That’s not really what’s important here. What’s important is that Carolyn Prator, who is by the way a Democrat, is the wife of Steve Prator – the Republican Caddo Sheriff who has absolutely torn Edwards a brand new you-know-what over the governor’s criminal justice reform package (not always with effective messaging, it should be noted). And when Edwards rejected the sheriff’s wife, who is absolutely qualified for the RRWC position and who all of the stakeholders said they wanted for the job, it was pretty obviously a case of political vindictiveness.

And naturally there was a lot of fallout about it in the Shreveport area – because while Caddo Parish, whose property taxes fund 44 percent of the RRWC budget, used to have three of the 11 commissioners it now has two. Meanwhile, Edwards’ company line is that he’d promised to balance out the RRWC by putting another at-large seat in the hands of Rapides Parish and that’s all this is.

Which is the line that Luneau, who Moon Griffon has perfectly dubbed “Jay Lunatic” based on his performance as a state senator, parroted in a rather poorly-written op-ed at the Baton Rouge Advocate last week which read like something you’d expect to see from Jon Lovitz’ famous pathological liar character on Saturday Night Live.

Luneau was responding to a column earlier in the week written by The Advocate’s conservative columnist Dan Fagan (a Hayride alumnus, by the way) noting the recriminative nature of the board appointment. He swore up and down that the appointment was about giving Rapides another seat and was awfully repetitive about that claim.

Unfortunately, Edwards and Luneau didn’t bother to get the story straight with another member of their Democrat political team; that would be state senator Greg Tarver of Shreveport. Because when Fagan touched base with Tarver, who had previously told KTBS-TV in Shreveport that the whole thing was retribution against Steve Prator, Tarver delivered a stinging rebuke to the company line.

“The governor told me he’s not going to appoint the man’s wife (Carolyn Prator) because the sheriff had been talking about this criminal justice stuff, ” Tarver told me in a telephone interview Monday.

Shauna Sanford, the governor’s spokeswoman, had tried to refute Tarver’s claim by denying it to KTBS, but Fagan found him less than willing to back down on the issue…

“The comments made by Sen. Tarver are absolutely false. The governor did not say anything along those lines,” Sanford told KTBS-TV in Shreveport.

“I wouldn’t give a s*** what she says. It’s what he said to me, ” Tarver told me in response to Sanford.

“I told him it was a bad idea then. If you want to jump the sheriff, then jump him but there’s nothing wrong with that. But you don’t get involved with a man’s kids or his wife,” Tarver said he warned Edwards.

Tarver says if Edwards had asked him to keep their conversation about the Prator nomination confidential he would have done so.

“He did not say anything about confidential. It seemed like he didn’t care if the man knew or not. If he didn’t, I didn’t either, ” Tarver said.

This is how something which wouldn’t have been all that big a deal can get blown up into an issue which actually moves some votes next year. If Edwards wanted to punish Carolyn Prator for her husband’s stance on his criminal justice reform plan, that’s relatively unremarkable and practically expected. But it’s a lot smarter to just own it and move on than to send Luneau out to dump on Fagan for pointing it out. Now that he’s done so, he’s got Tarver incensed at being called a liar and the whole thing has gotten juicy enough to attract the attention of people who’ve never even seen the Red River.

And as anybody who’s paid attention to the Louisiana Senate can tell you, Jay Luneau is the last guy you want to have defending you. As we said, when he gets involved it’s usually a train wreck and this most certainly has become one.