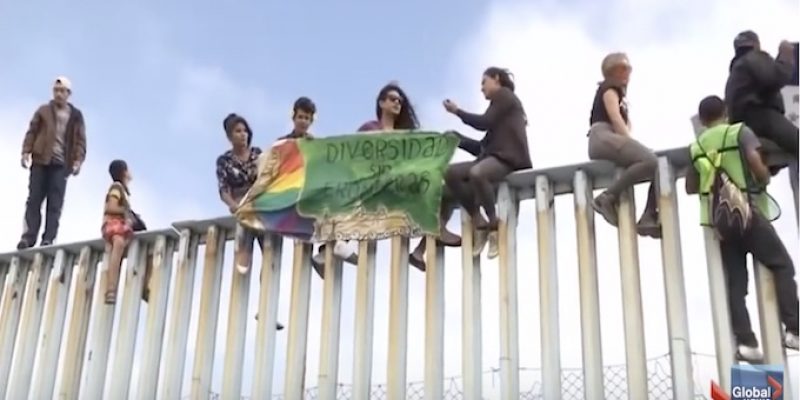 According to the latest Rasmussen Reports poll an overwhelming majority of voters in America –68 percent– view illegal immigration as a “major problem” and believe that the federal government is not doing enough to fix it.

“Sixty-eight (68) percent of ‘Likely U.S. Voters’ think illegal immigration is a serious problem in America today, with 43 percent who consider it ‘Very Serious,’” Rasmussen Reports revealed in its Immigration Update.

Nearly 7 out of 10 voters “are fed up with illegals” in the U.S. “taking a toll on the economy and national security.” More than four out of 10 view illegal immigration as an extremely “serious” threat.

The poll was conducted on August 26 and 27 among 1,000 voters using phone and online surveys. It has a +/-3 percent sampling error and 95 percent level of confidence.

According to a Reuters/Ipsos poll in July, “Immigration tops the economy and healthcare as the most important issue determining Americans’ vote ahead of the midterm elections in November.”

“Reuters/Ipsos data shows that immigration became a top concern for registered voters in the United States after the Trump administration in May announced its ‘zero tolerance’ policy on illegal immigrants – saying they would be criminally charged,” Reuters’ Maria Caspani said.

“Fifteen (15) percent of U.S. registered voters said immigration was the top issue determining how they will cast their ballot in November, while 14 percent said the economy was their biggest concern,” Caspani stated. “Twenty-six (26) percent of registered Republicans cited immigration as the most important issue likely to determine their vote – up 14 percentage points from a similar poll conducted at the beginning of June.”

“Americans are squarely divided along partisan lines on Trump’s stance on immigration – 81 percent of Republicans said they approve of his handling of the issue, while 84 percent of registered Democrats said they disapprove,” the Reuters/Ipsos poll revealed.

A Morning Consult poll conducted in July revealed that independent voters appear to be divided “almost evenly on whether Republicans or Democrats can be trusted to handle immigration issues–35 percent said Democrats, versus 34 percent who said Republicans are better suited to deal with it,” Breitbart News reported.

The poll asked 936 independent voters about 14 characteristics and whether they attributed them to the Republican or Democratic Party. Respondents expressed that Democrats appear to care more about the welfare of illegals above U.S. citizens.

Interested in more national news? We've got you covered! See More National News
Previous Article Steel Imports Are Down More Than 25% At The Port Of New Orleans From Last Year
Next Article Louisiana colleges increasingly depended on tuitions for funding over last 25 years