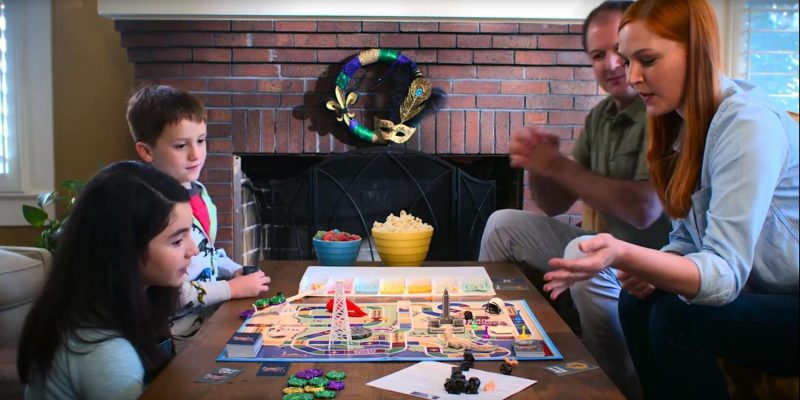 The Pelican Institute on Tuesday launched a new policy initiative along with a series of advertisements about key issues impacting the state. And their video about the government’s approach to balancing the budget is a hoot.

“A Jobs and Opportunity Agenda for Louisiana” will highlight key economic policy areas in need of reform and include a release of 12 monthly solution-based policy papers and advertisements about a topic the institute identifies as needing legislative intervention.

The first paper released this month focuses on Louisiana’s annual fiscal crisis, surveying the state’s budget framework and offering suggestions for legislators to consider. It coincides with a video about the budget process in a one-minute satirical ad, which depicts a family of four playing a board game called, “Balanced Budget,” which is “from the makers of the Fiscal Cliff.”

The video, available on YouTube and the institute’s website, is also featured on Facebook and other social media outlets. In it, the father represents “the government,” the mother represents “special interests,” and their children represent Louisiana taxpayers. The board game appears to look like the Monopoly board, except dice are replaced with small plastic Mardi Gras King cake babies, drawing cards represent jobs and homeowners, and the mother constantly cuts in and takes cash from the father. The father greedily rubs his hands, grinning while gleefully expressing his desire to raise taxes. The children protest about the process being unfair and accuse their mother of cheating.

The children try to play the game according to the rules to win the game by balancing the budget. Instead, their father prevents them at every turn by bringing out red tape. He also throws away the drawing cards that represent jobs and workers. The children, exasperated, declare that they are moving out of state.

The message, the Pelican Institute said it hopes to convey, is one that school children can understand: the budget process isn’t fair and hurts the taxpayers the most. The system is broken, the institute argues, and unless serious reform efforts are made, the parents (government and special interests) will keep forcing their children (jobs and taxpayers) to leave the state. The game is an analogy; the institute is not advocating that parents abandon their children or that children leave their parents.

Through the policy papers and social media outreach, the Pelican Institute said it hopes to create a new vision for Louisiana to help bring back jobs and economic opportunity.

“After years of short-term decision-making by Republican and Democratic lawmakers alike, Louisiana stands at a crossroads,” the Pelican Institute stated in launching the initiative. “Repeated budget crises, a confusing and cumbersome tax code, a legal environment ranked among the worst in the country, and a constitutional structure that impedes responsible budgetary practices have sent jobs and opportunity packing to nearby states with more friendly policies.

“Now is the time for fundamental reforms to the state’s budget, fiscal, and constitutional structures; the combination of which can finally turn the tide to bring jobs back to Louisiana and create a state where everyone can pursue opportunity.”

Does the father in the video look like the governor, but with hair?

Can the children send their parents to time-out?

Do the parents get punished for cheating?

Who gets to keep the Mardi Gras King cake babies?