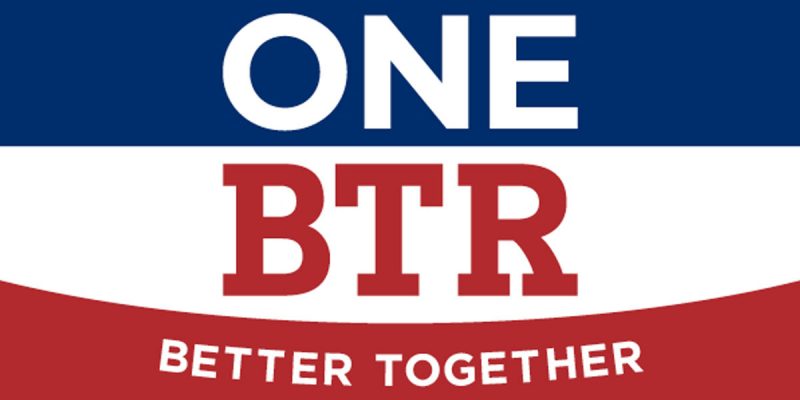 One Baton Rouge is, of course, the group set up to combat the St. George incorporation. It’s essentially the successor to the Better Together outfit stood up to fight the St. George organizers in 2015, and one would expect they’d engage in more or less the same tactics their predecessors used to – barely – defeat St. George the first time.

And One Baton Rouge would seem to be better set up to fight the St. George people given that it’s being run by political consultant Michael Beychok, one of the state’s reputedly good Democrat operatives.

Except so far, One Baton Rouge is a comic disaster.

For example, last week after the St. George petition was turned in, One Baton Rouge declared Oct. 20 “Withdrawal Day” – a one-day campaign aimed at convincing people who had signed the petition to take their names off it. Last time, the Better Together gang were extremely aggressive in what was frankly a campaign of harassment aimed at generating withdrawals, and that paid some dividends for them in getting hundreds of them.

Opponents of the St. George incorporation effort spent the weekend reaching out to residents of the proposed city via text message, reminding them that today is the deadline if they want to remove their name from the petition to put the incorporation measure on a ballot.

“We know we’ve already had some withdrawals because Better Together has heard from people,” he says. “It’s generated a lot of chatter both pro and con, so I think in that respect the ROI was great. People now know Monday is the deadline.”

Opposition groups also purchased voter roll information for the entire district from Louisiana Secretary of State Kyle Ardoin’s office, including cell phone numbers of most registered voters, which is how Beychok’s group was able to send out its text blast Saturday morning.

Beychok says the practice is perfectly legal, provided the text messages are sent manually, and not via robocall.

“The texts were sent out by volunteers, who manually dialed every number in order to comply with all FTC rules,” says Beychock, who estimates the data list cost about 2.5 cents per name/number.

Actually, in point of fact that text blast completely infuriated a lot of people living in St. George who maybe weren’t necessarily going to support the incorporation. We heard about it all weekend long.

So did One Baton Rouge on their Facebook page.

But so long as you get those withdrawals it’s fine, right? Well…

While just 23 residents have withdrawn their names from the St. George incorporation petition, another 97 residents have added their signatures to the petition, says East Baton Rouge Parish Registrar of Voters Steve Raborn.

Residents were allowed to add or remove their names within five business days of the petition being submitted, according to a state law passed in 2016. That five-day period ended Monday for the St. George petition, which was submitted Oct. 15.

At the time, St. George organizers said they had more than 14,500 signatures, which is greater than the nearly 13,000 required to bring their incorporation request to a vote.

The signatures, however, must first be certified by the registrar’s office before the measure can be put before voters in the proposed city.

Yeah – when your big initiative results in a 4-to-1 loss ratio, let’s just say it looks like Beychok was wrong about how cool that text blast was.

For a number of reasons the St. George incorporation was going to be an easier win this time around. But it’s starting to look like the anti-St. George crowd being comically clueless in the field might turn out to be the most prominent one.

UPDATE: And last night, there was this…