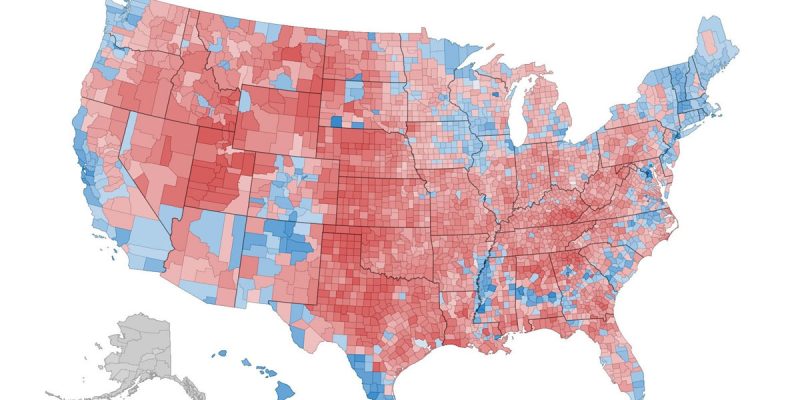 It is difficult for polls to calculate just how large is the silent red base. Just like in 2016, Republicans today remain more reserved in sharing their political leanings than Democrats. One can speculate as to why that is. It very well may have something to do with how Republicans are treated within the prevailing culture.

Wearing a MAGA hat, or in general wearing something that is pro-Trump, has repeatedly been met with aggression in the public space. Trump signs, and Republican signs in general, are subject to theft and vandalism. This is not definitive reasoning. One can poke at many explanations as to why exactly Republicans on average are more reserved. However the fact of the matter is simply that they are.

Pollsters depend on the responses of those who they reach out to in order to give their assessment of the nation. If a far greater proportion of Democrats are putting their political allegiances out there in the open, the collective perception of where the people of the nation stand is unavoidably skewed.

“Some analysts before and after Donald Trump’s upset victory suggested that most pollsters missed his hidden support among voters fearful of criticism who were unwilling to say where they stood,” Rasmussen reports.

The reality of the silent red mass may play an even bigger role this election cycle. When it comes to midterms, “Seventy-seven percent (77%) of Republicans say they always vote in midterm elections, compared to 71% of Democrats,” according to Rasmussen.

With the majority of voters backing Trump, and Republicans traditionally more likely to vote in the midterms, the narrative of a blue wave is questionable. By these metrics, the silent red base looms large and undetected.