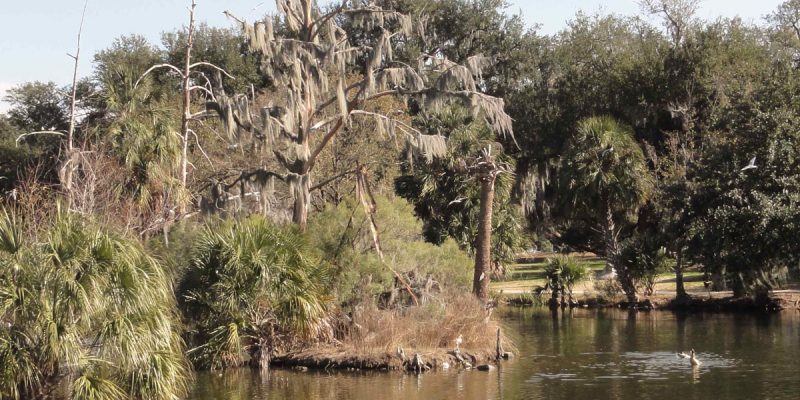 Those unhappy with City Park allowing the removal of the magnificent G.T. Beauregard monument may be happy to know that two high ranking City Park administration members have been terminated. The bad news is that it’s only a start.

John Hopper, who worked as City Park’s Chief Development Officer and Public Affairs Director since 2004, was let go in August. Kevin Cox, who began working at City Park as a Controller in 2011 and has been the Chief Financial Officer since 2012, was fired in mid-December according to information from a Board Member.

In August, Batiste interacted with Hopper and Steven Pettus, the Chairman of the City Park Improvement Association, regarding the Time Capsule uncovered from the Beauregard Monument base. The discussion spiraled into some other areas.

Does City Park own the time capsule since it gave it to the state?

Still waiting for an explanation as to City Park taking the initiative with the pedestal removal as I have been told by City Park that the city owns the monument.

Pettus: Has anyone at City Park stated that the statue belonged to the city?   I don’t think so.

Batiste: Thanks for the prompt response.  I read your comment to say that City Park owns the statue since no one from City Park has said the City of N.O. owns it.  What am I missing?

John Hopper: “As we previously stated, when the City took the Beauregard Statue it did not take the pedestal.  It has been more than a year and the pedestal has been the subject of recent vandalism, no longer served its original purpose, and presented a poor image at the front of the park.  To prevent further damage to the pedestal and to allow us to re-landscape the circle, we removed the pedestal.”
— New Orleans City Park

Batiste: That statement does not answer what I asked.

Mr. Pettus’s comments certainly indicate something new in that City Park has never said the City of New Orleans owns the Beauregard statue.  (“Has anyone at City Park stated that the statue belonged to the city?   I don’t think so.”)

In addition, the wording in Mr. Hopper’s statement says “…the City took…” which also can be quite easily interpreted as the city took the statue from City Park, implying City Park ownership.

Those exchanges took place on Friday, August 3rd. Hopper was terminated on Tuesday, August 7th. Neither Pettus nor Becker answered the Beauregard questions. And City Park said it does not comment on personnel actions.

For some background on Hopper’s role in the city’s confiscation of the Beauregard statue, he helped City Park bury its head in the sand. In August 2015, then Lt. Governor Jay Dardenne wrote “The P.G.T. Beauregard statue is owned by City Park.” And City Park is run by the CPIA which technically is a State of Louisiana agency that falls under the control of the Lt. Governor’s office.  John Hopper responded to Dardenne’s comments, telling WRNO, “We’re not waffling.  It is just that we really do not think there is enough information or that enough due diligence has been done to say definitely City Park owns it, the city owns it, the state owns it. We just do not know for sure.”  The evidence of City Park’s ownership exists, the City of New Orleans has never proved it owns the monument. The City Park lagoon had not been fully drained, but Hopper was a start.

In May 2017, Wisconsin transplant Kevin Cox posted on Facebook before the removal of City Park’s Beauregard monument, “proud to stand with the Mayor! … some are proud…others like me are embarrassed…take em all down and enjoy the unfairness.” Cox appears to be just another yankee moved South, drawn to a place, yet wanting to change it and make it less Southern. His removal is another sign of trouble beneath the waters.

And yet, some continue to lurk. Bob Becker is the City Park CEO and has been since 2001. After Mitch first announced his agenda to remove the Beauregard monument, Becker emailed Landrieu’s Chief of Staff a copy of the 1997 application to place the Beauregard statue on the National Register of Historic Places.  This document, signed by then CPIA President Gary Solomon and submitted to the U.S. Department of the Interior, states that the City Park Improvement Association “is the true and only legal owner of the General Beauregard Equestrian Statue located in the New Orleans City Park.”  Becker’s June 2015 email to Landrieu’s office with this document attached said: “Makes interesting reading.”

Four days later, Becker emailed Mitch’s Chief of Staff, “I am looking for the way forward that the mayor wants to follow.”  So in less than a week, Bob Becker showed the Mayor that City Park owned the monument and, rather than guarding a valuable historic part of City Park, he asked how he could help the Mayor swipe it.

Sources tell The Hayride that Becker will be retiring, riding off into the sunset on his terms, so don’t expect him to get sucked down the drain, even if he oversaw a period ripe with accusations of employee abuse—in one employee personally using a park contractor, concealed sexual harassment suit, and the theft of a Nationally Registered 102 year old sculpture.

Then City Park has Rob DeViney on the payroll. He’s worked at City Park since 1997.  His claim to fame is that he is the Co-Captain of the Krewe of Argus.

“I can tell you we investigated it, and he used extremely bad judgment at that time, but again, not a law, not an ethics law, but a policy violation, and we did take disciplinary action,” City Park CEO Bob Becker said in a news story with WWL TV’s David Hammer. Becker refused to elaborate the punishment.  He also refused to provide Hammer with the report that a contracted private investigator conducted on DeViney. Batiste requested this report multiple times as well, but City Park refusing to comply.

DeViney has continued to muck up City Park’s reputation with a little known sexual harassment settlement the state paid due to his alleged behavior toward a female park employee. According to documents filed with the state by the victim’s attorney, she worked for two years “under both a hostile and retaliatory work environment.”  She was “subject to repeated unwanted sexual advances and harassment by her direct supervisor Mr. Rob Deviney.”

The female employee went to the City Park Human Relations staff to complain about the work environment.  According to her attorney’s filing, she was told, “wait in line, we all have the same problems and nothing is going to change that.”

She attempted to go up to higher powers within the state and word quickly got back to City Park.  “She was asked to resign in lieu of termination.  She was handed a termination letter and escorted back to her office with a police unit to gather her personal belongings.”

After her termination in October 2011, the employee requested a settlement for “sexual harassment, hostile environment, retaliatory discharge and any potential whistle-blower claims.”  The state agreed to a sum of $35,000 dated January 26, 2012.  Louisiana taxpayers were burdened with paying for a bad employee, DeViney, one that years later is still a high level City Park employee.

Recognize through the documented accounts above, City Park lets its employees remain employed through abusive and unprofessional conduct. So what did John Hopper do? Why was Kevin Cox cut loose? The City Park story will play out over time, it’ll be a scream! But the public employees have continued to conceal information on a publicly owned asset and a publicly funded entity. The dirty handling of the Beauregard monument has been laid out in great detail here.  (Hopefully the individuals mentioned above re-read it!)

The City Park CFO, CEO, and CDO all supported the removal of a century old monument to P. G. T. Beauregard. Beauregard graduated from West Point 2nd in the class of 1838.  He was an Army Corps engineer and saved the Customs House.  He fought in the Mexican-American War.  He was appointed to Superintendent of West Point Academy, although a week later he was unjustly fired for being from a Southern state.  He led Confederate forces in various Southern states during the War for Southern Independence. After the war, Beauregard later became Louisiana’s first civil rights activist, leading the 1873 Louisiana Unification Movement. He’s arguably the most historically significant Creole. And Becker, Cox, and Hopper supported the removal of a monument to this great Louisiana leader. A monument that was erected as a memorial to Beauregard, after his death, by New Orleanians.

It took 22 years of New Orleanians making donations to raise the money to create an artistic treasure as a tribute to Louisiana’s native son.  World renowned sculptor Alexander Doyle crafted the Beauregard Equestrian Monument at the entrance to City Park, looking down Esplanade Avenue, the Creole Main Street. And the employees at the head of a public asset conspired to let the exquisite landmark be taken.

Let’s revisit exactly what happened in City Park on May 17, 2018, but from a distance. An organized gang of masked men, city employees led by the Superintendent of the New Orleans Fire Department Tim McConnell, came in darkness, lacking permits and covering up mandatory government identification on vehicles. They removed a priceless sculpture, aged 102 years and listed on the National Register of Historic Places, and left with it.

Now imagine if masked men broke into the New Orleans Museum of Art at night and removed irreplaceable artwork, would authorities get involved? Would the City Park admin and board care?

The City Park lagoon is draining ever so slowly. Board Members claim they will straighten things before their terms expire, but that time is near. The staff needs to be wiped clean without cushy retirement packages funded by taxpayers. City Park is self admittedly in rough financial shape. And it should be no surprise considering these are the people running it. Drain the lagoon.

Interested in more news from Louisiana? We've got you covered! See More Louisiana News
Previous Article What it’s like to be a Christian in China: worst persecution in over 40 years
Next Article REPOST: The Key To Louisiana Electoral Politics Is The 45-15-30-10 Rule