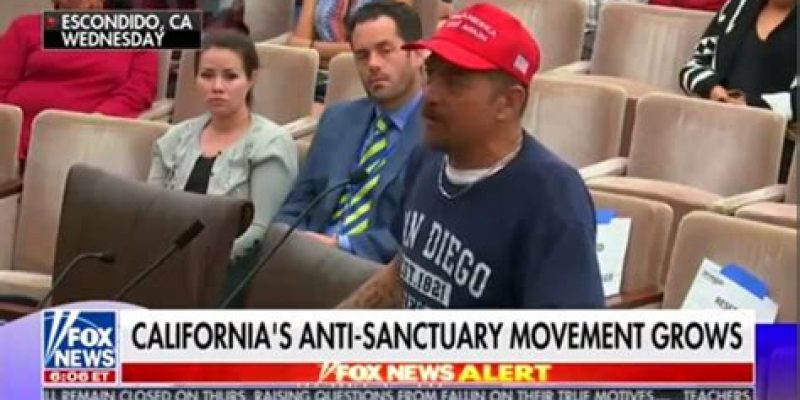 California’s anti-sanctuary city movement grows. This legal immigrant explains why he strongly opposes illegal immigration and sanctuary cities and how both are harming Americans.

Before the Escondido City Council in California voted 4 to 1 to join the Trump administration’s lawsuit against the sanctuary state, a legal immigrant passionately argued why he supports the lawsuit and describes his own experience of coming to the U.S. legally.

“I speak to you as an immigrant myself,” he said Wednesday while wearing a “Make America Great Again” hat. “I came to this country 45 years ago with me and my mother. Okay. 45 years ago we were not offered sanctuary! We were not offered easier, softer way. Okay. We were told you have to be an American citizen and here’s what you have to do, and we did it. We worked hard. And we put in our time.”

The man said he was now a proud U.S. citizen, with the documentation hanging on his wall to prove it.